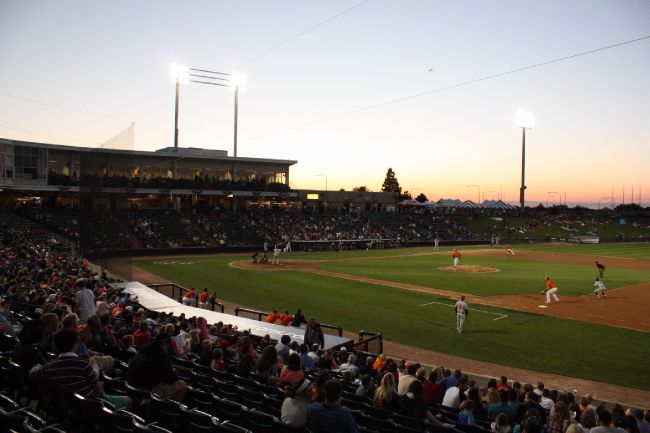 FLORENCE, KY — The Schaumburg Boomers, presented by Wintrust Community Banks, banged out 16 hits to sweep the leaders of the West Division, the Florence Freedom, by a 6-1 count on the road Thursday night.

Seth Spivey wasted no time in giving the Boomers the lead, belting a two-run homer over the wall in right just four batters into the contest. Ryan O’Malley opened the second with a double and crossed on a sacrifice fly from James Keller. Spivey and O’Malley doubled in the sixth to stretch the lead to 4-0. O’Malley capped a big day with an inside-the-park homer in the eighth, the third inside-the-parker in franchise history. Jack Parenty capped the scoring with an RBI single later in the eighth.

Kagen Hopkins allowed just a single run in the sixth while working 5.2 innings to improve to 3-1 on the year. Hopkins struck out seven. The Boomers banged out 16 hits with six players posting multiple hits. O’Malley led the way with three, all for extra bases. Schaumburg finished with six extra-base hits in the contest.

The Boomers (17-7) return home on Friday night to begin a weekend series with the Normal CornBelters at 6:30 p.m. The contest will be Early Oktoberfest to celebrate Schaumburg’s German heritage. RHP Conrad Wozniak (0-0, 2.38) starts for the Boomers against RHP Charlie Gillies (1-1, 4.91). Make the Boomers part of your plans this season by calling (847) 461-FOWL (3695). Hear all of the game action this season on AM 1410 WRMN with the voice of the Boomers, Tim Calderwood.