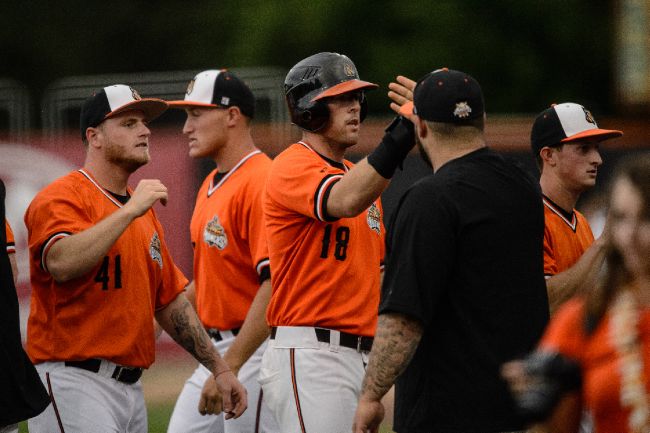 SCHAUMBURG, IL — The Schaumburg Boomers, presented by Wintrust Community Banks, belted five homers including three in the first inning to sweep the Southern Illinois Miners with a 15-5 decision on Thursday night.

Zack Weigel connected on a two-run homer just two batters into the game to give Schaumburg the lead. Sean Godfrey followed suit with a solo homer to make it 3-0, the second back-to-back showing this year. David Harris drilled a homer with one away as the Boomers pounded three in the first. Southern Illinois scored twice in the second before Schaumburg plated three more in the bottom of the frame, two of which came on a double from Godfrey. Harris and Weigel both homered in a five-run fifth as the Boomers grabbed a 12-4 edge.

Preston Jamison worked three innings and did not factor in the decision. Aryton Costa picked up the win by working three innings. Kit Fowler collected the save by tossing three scoreless in his professional debut. The offense slugged out 20 hits, the second game with 20 or more hits this year. Weigel finished with four extra-base hits, driving home four. Godfrey notched three while plating five. Harris and Jack Parenty also finished with three hits. Every member of the lineup posted a hit.