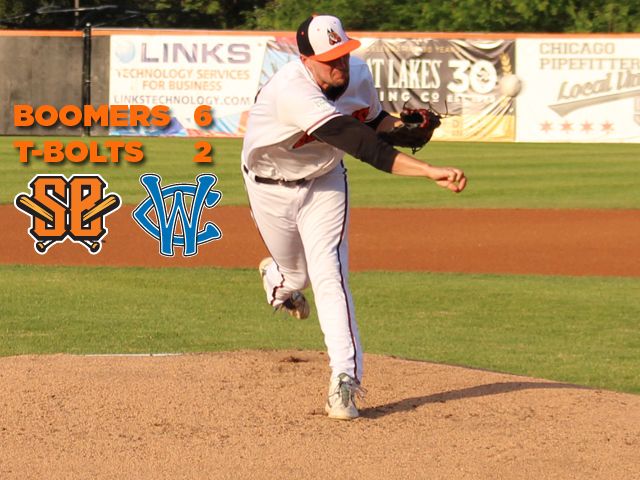 Clint Hardy opened the first inning run with a single and moved to third when Collin Ferguson singled. Sean Godfrey opened the scoring with an RBI single and Ty Moore followed suit with a run-scoring single to plate Ferguson. Windy City notched three straight hits to open the second but scored just once, clawing within 2-1 against Schaumburg starter Joe Hauser. The offense netted two more runs in the third and fourth to open a 6-1 lead. Moore tripled home a run in the third while James Keller homered in the fourth and Ferguson collected an RBI single.

Hauser worked six innings, allowing just the second inning run. The Texan lowered his ERA to 2.03 and improved to 3-0 on the year. Hardy, Ferguson and Moore posted two hits apiece as the Boomers slugged 10 in the win. The team has notched double-digit hits in five straight games and six of the last seven.

The series concludes Thursday night with the first ever Dad Night! The 6:30 p.m. contest will also serve as a Thirsty Thursday. The Boomers have not announced a starter with Windy City sending RHP Jake Welch. Make the Boomers part of your plans this summer by calling (847) 461-3695.