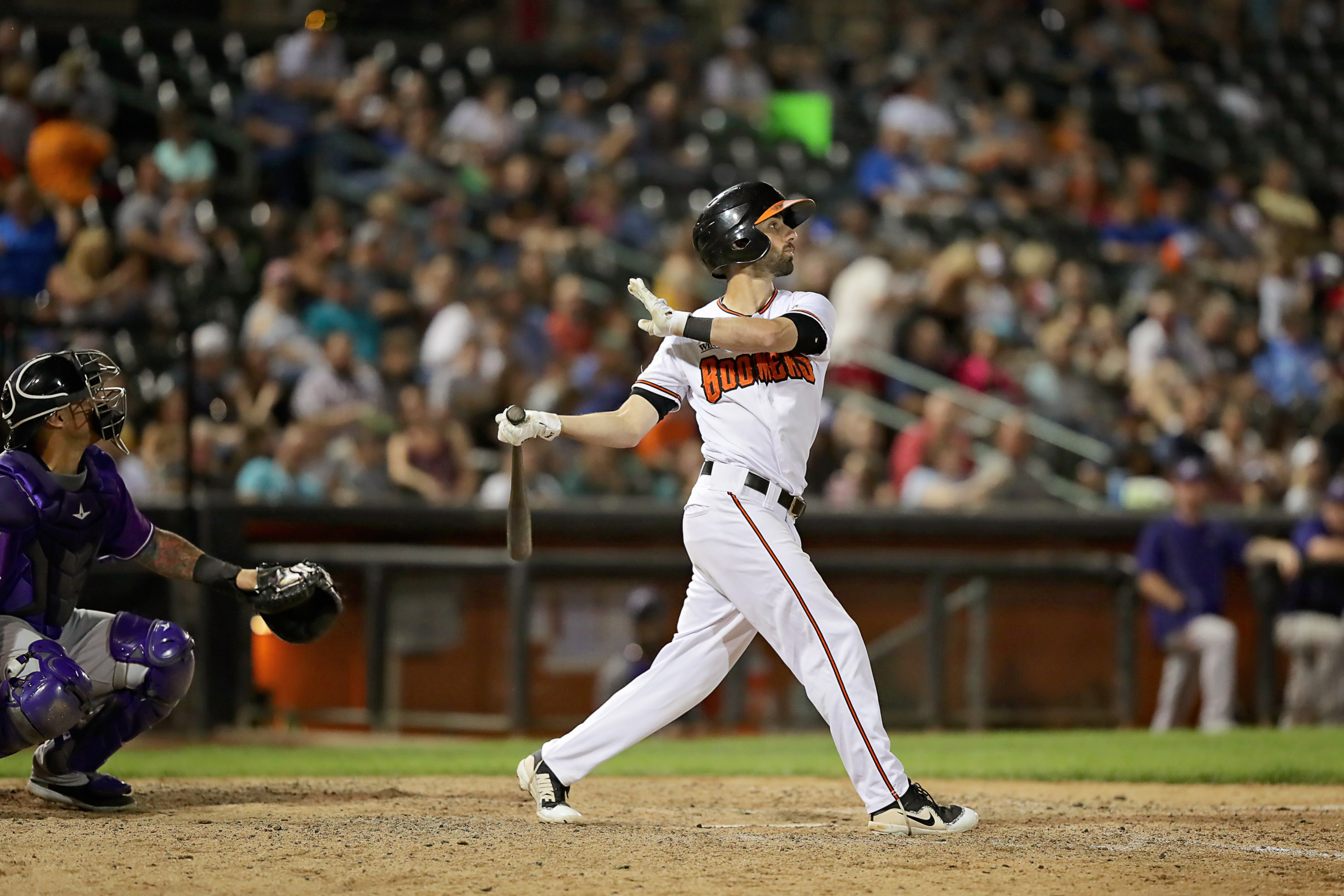 Welcome to Boomer Country—where, from the moment you walk into our stadium to the memories you relive afterward, we offer first-class experiences to enjoy with family and friends.

Since we opened our gates for our Inaugural Game on May 25, 2012, we have strived to leave positive, lasting experience with our fans by fielding a product that is fun, affordable, welcoming and entertaining for all.

More than 125,000 fans attended our games in our inaugural season. That placed the Boomers 4th in the Frontier League for overall attendance. Ever since, we have set our sights on maintaining the support from those who consistently come out to enjoy our games and the Boomers experience.

In the very next year, 2013, we saw the Boomers capture Schaumburg's first-ever Frontier League Championship. In addition to that magnificent accomplishment, we also earned another accolade that year. With attendance up 20% from 2012, we were ranked the 8th-fastest-growing professional baseball franchise in the country—at any level! This was 100% due to having the best baseball fans in the world.

The 2014 season was full of highlights. The Boomers set a league record for home victories that year, and we were ranked #1 for attendance. The team capped off the year by winning a second consecutive Frontier League Championship!

The 2018 season was ushered in with the acquisition of General Manager Michael Larson, formerly of the Idaho Falls Chukars and Fargo-Moorhead RedHawks organizations. With his arrival, a new level of engagement is evident across the organization. Honors earned by the Boomers in 2018 include the Frontier League’s Clint Brown Excellence in Marketing Award, a nomination as a Schaumburg Business Association (SBA) Business of the Year, and Larson’s recognition by the SBA as the association’s Rookie of the Year.

Due to the global pandemic, the 2020 season was suspended. This did not stop the Boomers from making the most of a new "normal". The Boomers opened the stadium as an outdoor dining option and held a socially distance 4th of July fireworks show in the West Parking Lot. We were selected to be  the Training Site for the Chicago White Sox Taxi Squad for the MLB 2020 season. To cap off a busy 2020 summer, The Boomers have been hosting a variety of Drive-In concerts in the West Lot.

Boomers Baseball returned to Wintrust Field in May of 2021 with a renewed sense of normalcy that we had missed in the past year. The Boomers came out of the gate hot and continued that success throughout the summer leading them to a 51-45 record and the Central Division Championship. In true Boomers fashion, when you make the playoffs, you bring home the trophy. That is exactly what the 2021 Schaumburg Boomers did! After beating the Florence Y'alls in the Divisional Round and the Washington WildThings in 5 games. This was the 4th time the Boomers brought home the hardware, a league record. Manager Jamie Bennett has be at the helm for all 4 over 9 seasons.

Achieving increasing levels of success in each of our seasons since our founding, we have established a brand that brings pride to our community. Building on that momentum in every facet, both on the field and off, the Boomers brand seeks to be synonymous with excellence.

Through partnerships with local schools, libraries, and philanthropic organizations, the Boomers aim to give back to the community that has welcomed and supported us all along the way. We endeavor to do our part by opening the stadium for events beyond baseball, hosting the Village of Schaumburg Independence Day Celebration and Fireworks Show, the annual Hot Dogs with Santa open house, and other events throughout the year.

Thank you to each and every Boomers fan for embracing us and making us a part of your community! We work every day with the mission to build a franchise that everyone can be proud of. None of this would be possible without you. We are looking to bringing home yet another trophy and award collection in the 2022 season, and we hope you will be a part of the fun!