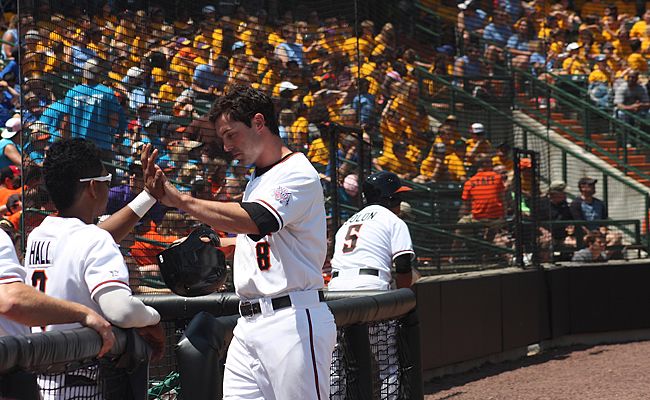 SCHAUMBURG, Ill. — In front of 7,578 and the first sellout crowd in franchise history, the Schaumburg Boomers continued a sensational start to their second season with a 4-1 win Wednesday afternoon over the Frontier Greys for a club-record sixth straight to move within a half game of first place.

“Today was a monumental crossing of another franchise milepost for the Schaumburg Boomers,” exclaimed Boomers President/General Manager Andy Viano. “This sellout is a testament to the way the second-to-none Boomers game experience is becoming a known commodity and starting to take hold with our growing fan base throughout the Northwest Suburbs."

"All of our great fans packing in to see another Boomers win and completely selling out the ballpark is something Boomers fans had better get used to, because our franchise is growing at an explosive rate and will do nothing but continue to grow in the many days, weeks, months and years to come.”

Picking up right where they left off at the end of last season when the Boomers experienced consistent month-by-month attendance growth and finished fourth in the 14-team Frontier League in attendance, the second-year franchise continues to experience incredible growth with many fantastic dates yet to come on the 2013 schedule. With FREE parking, an easy-to-get location right off the highway and $10 tickets for a front row seat, it’s hard to deny the value of Boomers Baseball.

On the field, the Boomers rode the right arm of Cody Griebling to victory Wednesday becoming the first team in the league to 19 wins and moving to within a half game of first place. The second-year pro surrendered just one run in the first and was lights out for the rest of his eight innings of work. Griebling held the Greys to just four hits to improve to 4-2 in 2013. The Wisconsin native was ahead in the count all afternoon adding five strikeouts and just one walk in his best outing of the season for Schaumburg. The Boomers bullpen has not allowed a run in seven of the last eight games as Dexter Price picked up his fourth save as a member of the Boomers with a strikeout and one hit allowed with a scoreless ninth.

The Boomers offense provided plenty of support for Griebling, answering the Greys first inning run with a single tally of their own in the opening frame. Schaumburg’s leadoff man Craig Hertler got things rolling with his fourth infield single in the last two days to extend his hitting streak to eight games and match the Boomers longest of 2013. After Hertler moved to second on a wild pitch, Frank Pfister drove a sharp single to right field to even the score.

The score remained tied until Schaumburg took control with a run in the fourth and two unearned runs in the seventh off Joe Zeller, who took the loss for the Greys after giving up four runs (two earned) on six hits and seven strikeouts for the visitors. Sean Mahley doubled and scored on a Steve McQuail single in the fourth, and Alexi Colon doubled home McQuail and Brian McConkey in the seventh to provide for the final margin. With a pair of two baggers in the contest Wednesday, the Boomers have a Frontier League-leading 71 doubles in 2013 and are already halfway to their entire 2012 total, in just 30 games!

The Schaumburg Boomers six-game homestand continues through Sunday, June 23 with exciting promotions and great seats still available! Tickets are on sale now by calling 847.461.3695, logging on to www.boomersbaseball.com or stopping by the Boomers Stadium Box Office at 1999 Springinsguth Road in Schaumburg!

The Boomers look to complete the sweep of the Frontier Greys with Schaumburg righty Chris Phelan (3-0, 2.13) scheduled to square off against fellow right-hander Tyler Vaske (0-3, 7.78). Join us for $2 drafts on Thursty Thursday presented 103.9 the Fox and stick around after the game for the ladies’ Diamond Dig presented by Timothy Grant Jewelry.

NOTES: Wednesday’s crowd was the largest ever at Boomers Stadium … The win moves the Boomers to within a half game of first place behind the Gateway Grizzlies … The sixth straight victory is a franchise-record for the second year Boomers … The previous record crowd for the Boomers was the first-ever home game on Opening Night 2012 when 6,067 were on hand on Friday, May 25 … In just 30 games, the Boomers league-best 71 doubles is already halfway to their 2012 total