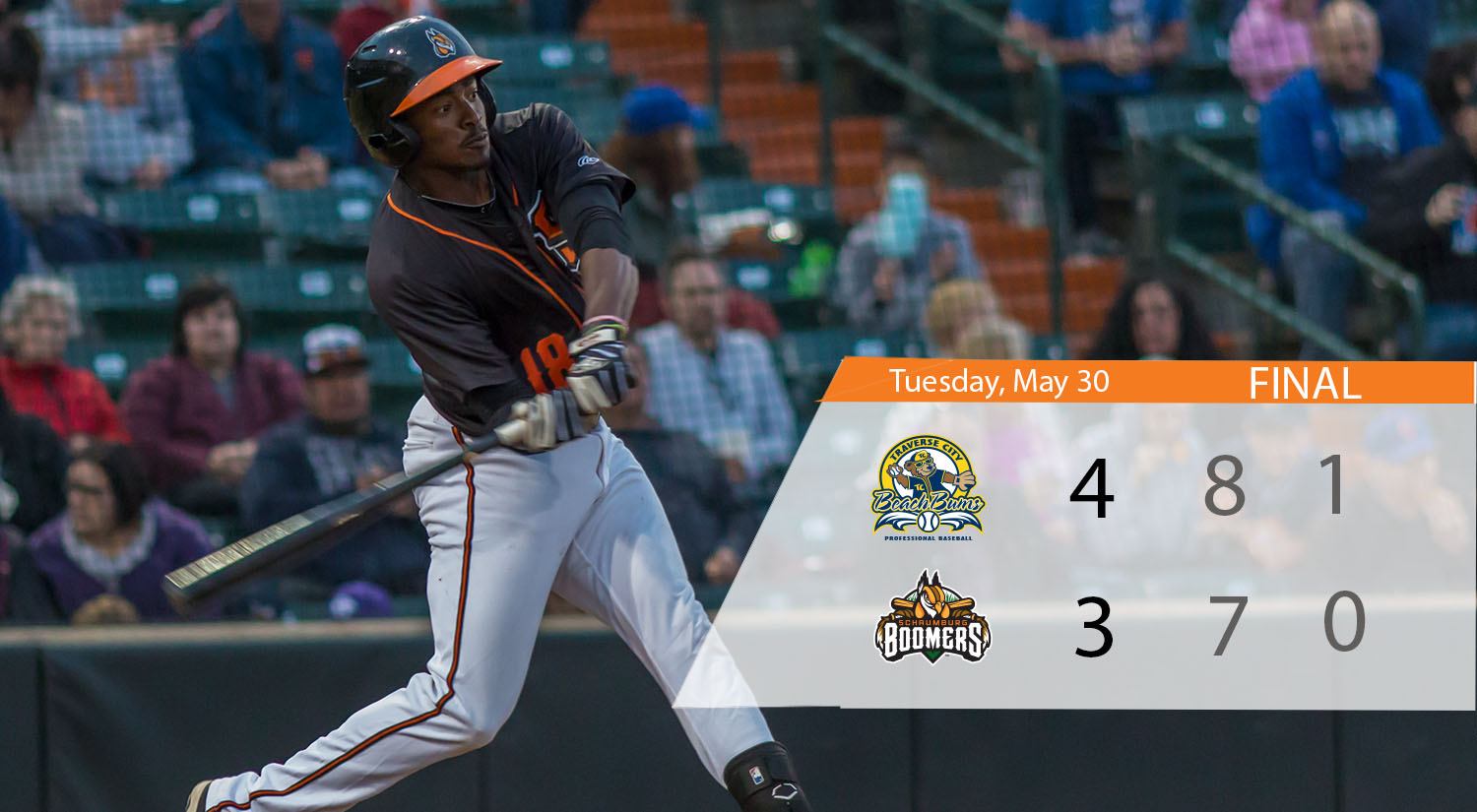 The Boomers jumped out to a 3-0 advantage but failed to hold on in breaking a four-game win streak. Sean Godfrey put the Boomers ahead with a bases loaded single in the first. Kenny Towns added a sacrifice fly to stretch the edge to 2-0. James Keller homered to open the second, the final run for the Boomers, who stranded 13 on base. Traverse City scored once in the third and added two in the seventh to tie the game before winning in the 10th.

Starter Lars Liguori struck out nine in six innings, allowing just one run. Kyle Ruchim and David Harris each finished with two hits for the Boomers, who totaled seven in the contest. Harris has posted a hit in five consecutive games. Cosimo Cannella drew three walks as Schaumburg coaxed seven in the contest. The game marked the first extra-inning affair of the year.