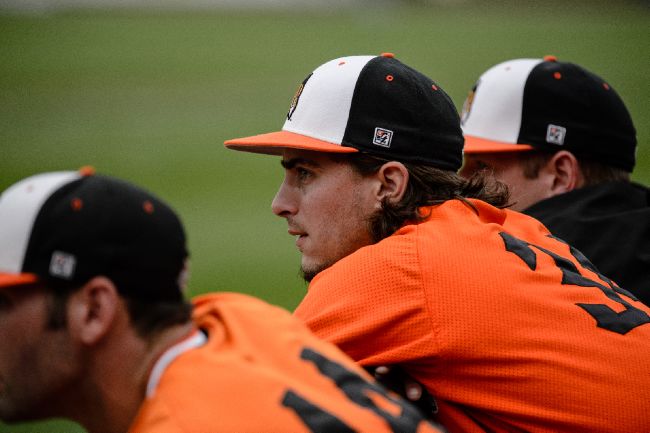 Sean Godfrey homered with two outs in the top of the second to give the Boomers a 1-0 lead, the only lead of the night. Joliet responded with a pair of runs in the bottom of the inning and moved ahead 5-1 with three runs against starter Conrad Wozniak in the third. Seth Spivey brought Schaumburg within 5-3 with a two-run homer in the fourth, but Joliet starter Luis Cruz retired 11 straight as the Slammers continued to build the advantage.

Wozniak, who had allowed just four runs in his first five starts, surrendered eight in four innings, seven of which scored on three homers. Four relievers tossed an inning each with Jake Joyce and Austin Kerr striking out the side. The Boomers totaled eight hits in the most lopsided loss of the year with Godfrey and David Harris each notching a pair. The loss marked the first on the road since May 30.

The Boomers, who lead the East Division by 5.5 games and are tied for the top record in the league at 28-12, return to action early on Wednesday with a 10:05 a.m. contest at Joliet. LHP Lars Liguori (4-0, 2.95) will attempt to help the Boomers avoid losing three straight for the first time this season while Joliet counters with RHP Shane Bryant (3-3, 4.30). Make the Boomers part of your plans this season by calling (847) 461-FOWL (3695). Hear all of the game action this season on AM 1410 WRMN with the voice of the Boomers, Tim Calderwood.