Boomers Rained Out at Lake Erie 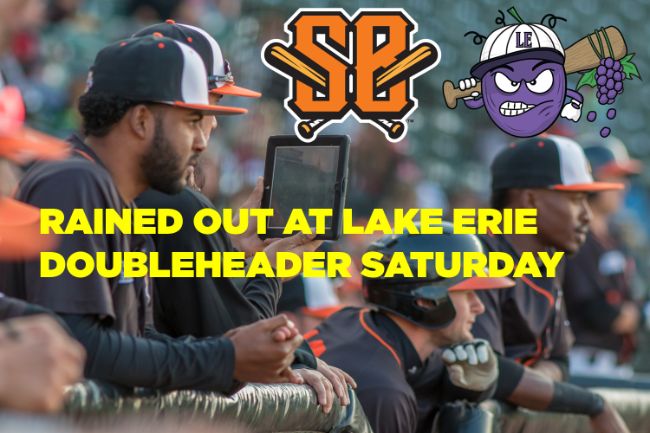 AVON, OH — The Schaumburg Boomers, presented by Wintrust Community Banks, had a third consecutive contest affected by rain on Friday night as the opener with the Lake Erie Crushers was postponed due to rain.

The contest will be made up as a doubleheader on Saturday afternoon at 3:05 p.m. Both games will be seven innings in length. Schaumburg had Wednesday’s contest suspended, completed the game on Thursday and then had the Thursday game postponed due to rain. The game from Thursday with Joliet will be made up on August 4.

The Boomers, who lead the East Division by five games, have dropped three consecutive games for the first time this season. RHP Aryton Costa (3-1, 5.27) will take the ball in the first game on Saturday with LHP Preston Jamison starting game two. Make the Boomers part of your plans this season by calling (847) 461-FOWL (3695). Hear all of the game action this season on AM 1410 WRMN with the voice of the Boomers, Tim Calderwood.