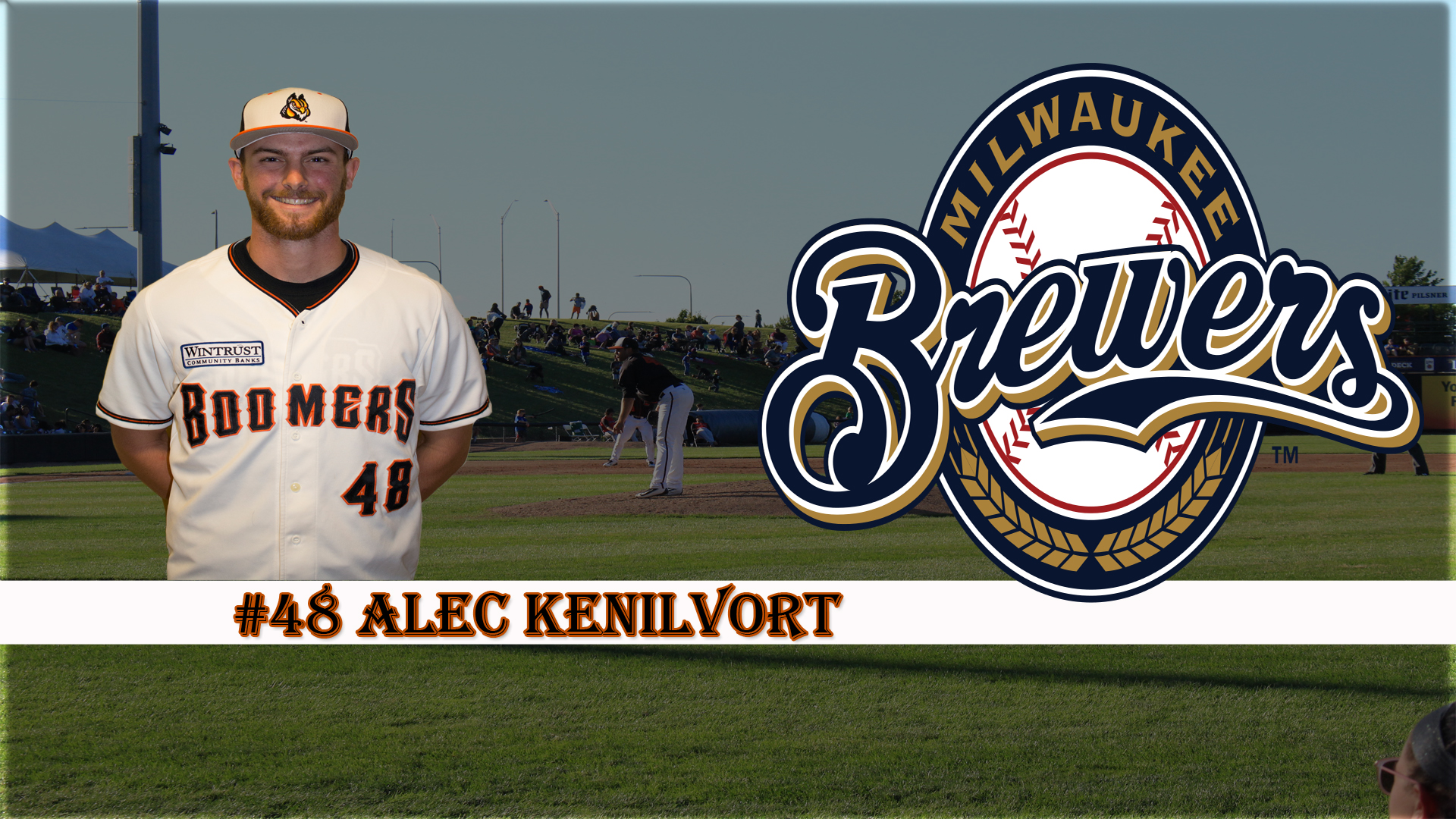 SCHAUMBURG, IL — The Schaumburg Boomers, presented by Wintrust Community Banks, are proud to announce that a third player has had a contract purchased by an affiliated organization as closer Alec Kenilvort will head to the Milwaukee Brewers organization.

Kenilvort, named as one of four Schaumburg All-Star selections on Monday, had pitched in 19 games this season and was leading the team with seven saves. The right-hander joined the team on the final day of spring training after throwing for the Gary SouthShore RailCats in spring training. Kenilvort was consistently throwing in the mid 90’s while reaching the upper 90’s on occasion. The closer worked 20.1 innings and posted 27 strikeouts against just six walks with a 3-1 record and a 3.10 ERA. The ERA was inflated by a four-run outing.

Kenilvort made his final appearance with the team on Sunday, posting a strikeout of former Boomer Jordan Dean to help Schaumburg better Lake Erie 7-4, earning the save. The lanky hurler finished 7-of-9 in save opportunities for the Boomers. Kenilvort accomplished a rare feat of striking out four batters in a frame in one of his final outings on June 29 at Joliet. The California native struck out two or more in six appearances and struck out the side twice. Kenilvort made 15 appearances without allowing a run.

“We are very proud of Alec,” sixth-year Schaumburg manager Jamie Bennett said. “He has worked very hard to get where he is and is very deserving of this opportunity with the Brewers. He did a great job for us in the back end of the bullpen.”

Kenilvort joined the Boomers following three years with the Rockies. Kenilvort did not record a save in his time with the Rockies, reaching Low-A Asheville in the South Atlantic League. Kenilvort was drafted in the 15th round out of the College of Marin.

Kenilvort becomes the third player from the Boomers to have his contract purchased this season, joining Gunnar Kines (Mets) and Tom Colletti (Padres). Colletti was with the team for a day and didn’t even have a chance to pitch before he was signed away on Friday. The 2017 season marks the second consecutive year in which three players have been purchased. The three signings are tied for the most in the league this year.

Kenilvort will become the fifth former Boomer in the affiliated ranks when he reports to the Brewers Low-A affiliate in the Midwest League, the Wisconsin TimberRattlers. Nick King (Pirates), TJ Bennett (Giants), Colletti and Kines are all currently playing in the affiliated circuit.

The Frontier League, celebrating its 25th season in 2017, has seen a bevy of players purchased in the last couple weeks. Kenilvort is the 13th player to have his contract purchased this season, 12 of which have been pitchers. Nine different Najor League teams have grabbed players from the league this season.

The Boomers, who have led the East Division all but one day this season, continue an Independence Day celebration tonight against the Southern Illinois Miners at 6:30 p.m. Make the Boomers part of your plans this season by calling (847) 461-FOWL (3695). Hear all of the game action this season on AM 1410 WRMN with the voice of the Boomers, Tim Calderwood.