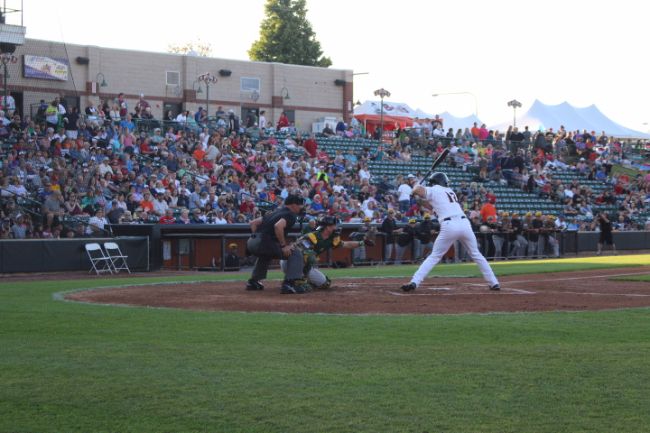 O’FALLON, MO — The Schaumburg Boomers, presented by Wintrust Community Banks, fell behind early and could not overcome a deficit in losing the opener of a series on the road to the River City Rascals by a 9-3 score.

River City strung together three consecutive two-out hits in the first to open a 2-0 edge and made it 3-0 with a leadoff homer from Braxton Martinez in the second. Kyle Ruchim logged a one-out single in the third, stole second and scored on a groundout from Zack Weigel to bring the Boomers within 3-1. River City scored two more in the fourth to extend the margin to 5-1. Single runs came across in the fifth and sixth on a solo homer by Nick Oddo and a sacrifice fly from Gardiner to pull Schaumburg within 5-3, but three unearned runs scored in the bottom of the sixth to put the game out of reach after manager Jamie Bennett was ejected arguing a call at second.

Starter Lars Liguori suffered the loss, working four innings and allowing five runs. The offense notched nine hits with Ruchim and Zack Weigel each posting a pair. Seth Spivey reached three times and has been aboard in 25 consecutive contests. The loss stopped a four-game win streak and a nine-game streak against the West Division.