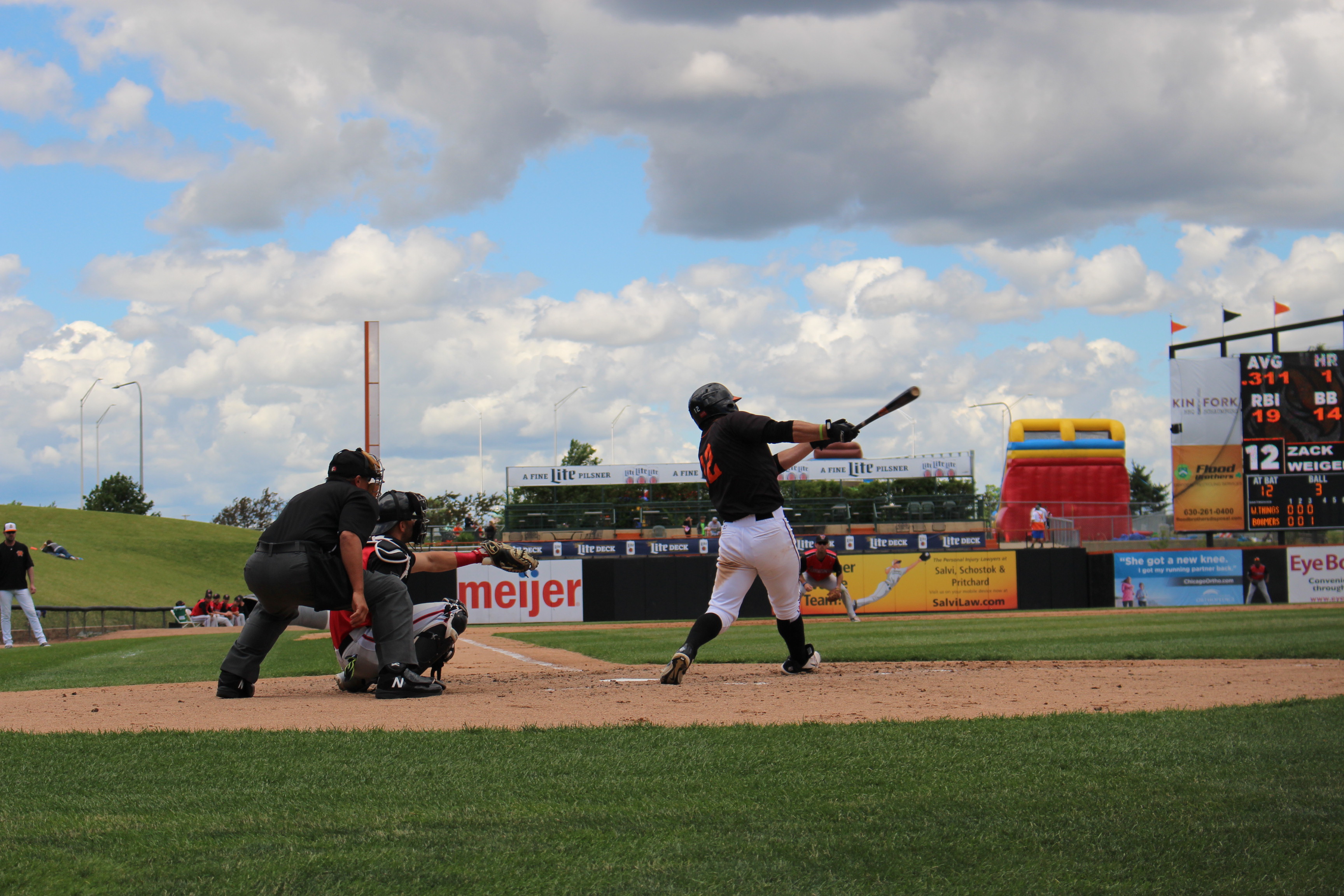 SCHAUMBURG, IL — The Schaumburg Boomers, presented by Wintrust Community Banks, allowed four first inning runs and could not rally in a 5-4 series opening defeat at the hands of the Florence Freedom on Tuesday night.

Starter Kagen Hopkins, who had his outing moved up a day due to an illness on the staff, retired the first two batters of the contest before the next five reached base. Florence sent eight men to the plate in the first inning and raced to a 4-0 lead. The Boomers attempted to rally, plating two in the bottom of the inning.Kyle Ruchim led off by reaching on an error and scored on a wild pitch. Ryan O’Malley later singled home David Harris with two outs. Trailing 5-2, the Boomers scored twice in the ninth on RBI singles from Zack Weigel and Josh Gardiner but could not push across the equalizer.

Hopkins settled down, working six innings and retiring nine in a row later, but took the loss. Kit Fowler worked the final three frames out of the bullpen and struck out six. Harris finished with four hits, a double, a stolen base and a run scored. Harris has hit safely in 15 straight. Gardiner also logged a pair of hits as the Boomers finished with 12.

The Boomers (36-18), who continue to lead the East Division with the best record in the league, continue the series with the West Division leaders on Wednesday morning at 11:00 a.m. Make the Boomers part of your plans this season by calling (847) 461-FOWL (3695). Hear all of the game action this season on AM 1410 WRMN with the voice of the Boomers, Tim Calderwood.