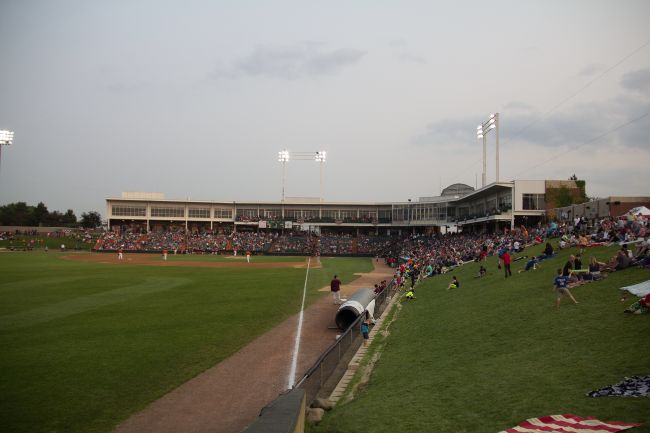 EVANSVILLE, IN — The Schaumburg Boomers, presented by Wintrust Community Banks, slowed down the hottest team in the Frontier League on Friday night, opening a road series with a 4-2 victory over the defending Frontier League champion Evansville Otters.

Schaumburg struck for a pair of runs in the top of the second on RBI singles from James Keller and Jack Parenty against Hunter Ackerman, a Boomer in 2014. Evansville got on the board in the fifth against Schaumburg starter Brandon Quintero with a single run, the first allowed by Quintero in three starts. Keller stroked a two-run homer in the seventh to cushion the Schaumburg advantage to 4-1. Evansville scored in the eighth and had the tying run on base or at the plate in the eighth and ninth but could not score against Garrett Kelly, who closed the door on his second save.

Quintero worked five innings and struck out five, allowing just three hits to improve to 3-0 in as many starts. Keller was the lone player to notch multiple hits for the Boomers, finishing with two and three RBIs. Schaumburg collected eight hits in the decision. Evansville, who had scored 58 runs during a five-game win streak, managed just six hits against four Schaumburg pitchers.