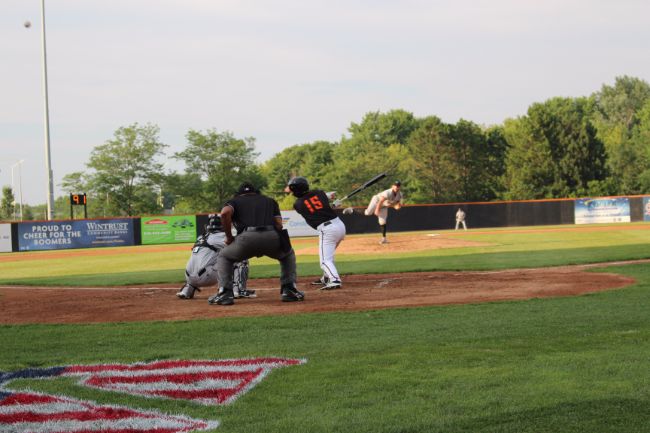 EVANSVILLE, IN — The Schaumburg Boomers, presented by Wintrust Community Banks, capped a weekend road sweep of the defending Frontier League champion Evansville Otters with a 9-3 victory.

Schaumburg did not trail in the series and slowed a red hot Evansville offense to just nine runs and 21 hits over three games. Sean Godfrey singled home two runs with two outs in the top of the first to give the Boomers a 2-0 lead. The Boomers were able to win despite accumulating just seven hits in the contest, drawing eight walks.

The Boomers (44-21), who continue to lead the East Division with the best record in the league, open a seven-game homestand on Tuesday night against the Lake Erie Crushers, winners of five in a row, at 6:30 p.m. Make the Boomers part of your plans this season by calling (847) 461-FOWL (3695). Hear all of the game action this season on AM 1410 WRMN with the voice of the Boomers, Tim Calderwood.