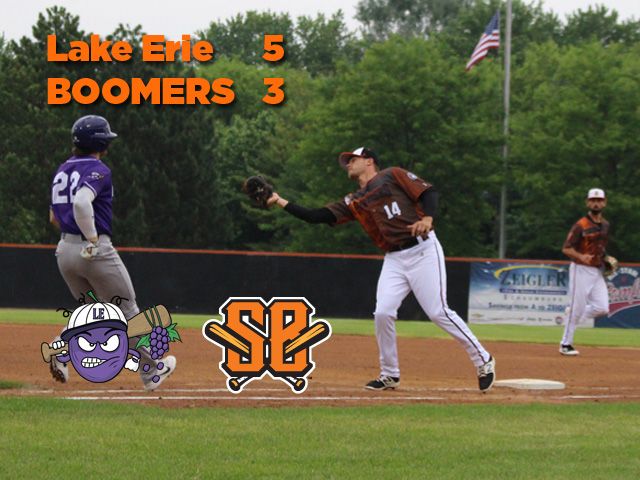 Lake Erie scored the first run of the evening in the top of the second inning against Schaumburg starter Gunnar Kines on a one-out double. Kines settled in, retiring seven in a row and 10 of 11 entering the sixth. The visitors had only two hits entering the sixth but posted three straight to start the frame, scoring four runs before the dust settled to extend the lead to 5-0. Schaumburg had chances in almost every innings but could not break through until late.

The Boomers logged four consecutive hits to open the bottom of the ninth. Nick Oddo stroked a two-run single to put the Boomers on the board, plating Kenny Towns and Kewby Meyer. The tying runs were on base with no outs, but just one more run scored on a sacrifice fly from Collin Ferguson.

Kines suffered the loss, allowing five runs in six innings while walking two and striking out four. Neil Kozikowski finished out the game, retiring the first six batters. Kozikowski struck out five in three innings of relief and allowed just one hit. The offense finished with 10 hits, the third 10 or more showing in four games this week. Towns notched three hits with a double with Meyer and Jack Parenty each posting a pair. Parenty reached four times out of the leadoff slot.