Boomers Blanked in Finale at Washington 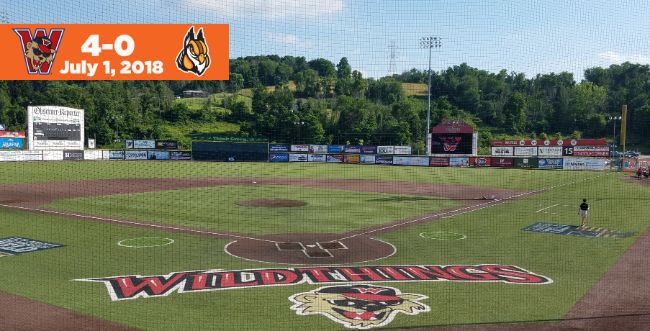 WASHINGTON, PA — The defending Frontier League champion Schaumburg Boomers, presented by Wintrust Community Banks, were shutout for the fifth time this season, dropping a 4-0 decision to the Washington Wild Things on Sunday.

Washington starter Thomas Dorminy limited the Boomers to just three hits in hurling the complete game shutout, walking one and striking out five. The Wild Things plated single runs in the first three innings to provide support and added an insurance tally in the eighth. Payton Lobdell worked six innings and suffered the loss, allowing three runs in a quality effort. Lobdell walked two and struck out three but fell to 1-4 on the year. The Boomers had a runner at third with less than two outs twice, but could not produce a run. The shutout marked the first against the team since May 23 at River City.