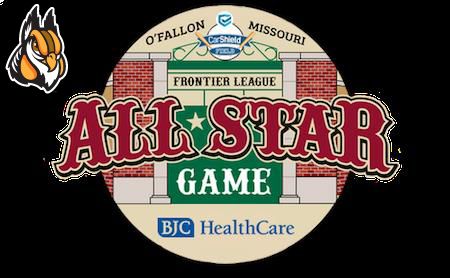 The Frontier League All-Star format changed this season to feature one team comprised of players with the league’s rookie classification while the other is made up with players who hold experienced status.

Kenny Towns is the lone experienced player selected from Schaumburg and will start at third base. The Virginia native currently owns a .306/.370/.444 slash line and has tallied 10 doubles while leading the team with four homers. Towns, a third-year Boomer, is on track to establish a career high in RBIs. Additionally, Towns has played solid defense at the hot corner, making the second fewest errors among third baseman in the league. The Boomers lead the league in fielding percentage. The all-star nod marks the first for Towns in his Schaumburg tenure.

Three Boomers will represent the 2018 Rookies team. Jack Parenty has been a spark for the Boomers this season in the leadoff spot and will start at second base in the All-Star Game. The second baseman hit .321 in the month of June to raise his season batting average to .310. Parenty’s average now ranks eighth in the league. The New York native, who is in his second season with the Boomers, has reached base in all but two games since making the move to the leadoff slot on May 31 and leads the team in multi-hit games with 16. Parenty’s 49 total hits are tied with Towns for the team lead.

Nick Oddo joins Parenty on the Rookie roster, making the team as a reserve catcher. Oddo has appeared in 29 games, posting a .274 average with four doubles and 11 RBIs. Oddo played in 55 games for the Boomers last season, his first with the club. The California native is a fifth-year professional but holds Rookie-2 status in the Frontier League.

On the mound, Payton Lobdell. also earned a selection to the Rookie roster. Lobdell has ranked among the best pitchers in the league in the first half of the season, currently sitting eighth in the league with a 2.80 ERA. Lobdell owns 24 strikeouts this season in 45 innings and has spun three quality starts amongst eight outings. An alum of the California Winter League, opponents are batting just .217 against the righty.

The managers of the game have yet to be determined, but will make additional selections to the teams later this week. Schaumburg has sent at least three players to the game in every year of the franchise.

The Boomers (23-21) return home to celebrate Independence Day on July 3 with the first of back-to-back nights of fireworks on a $1 Hot Dog Tuesday when the River City Rascals visit. RHP Joe Hauser (3-3, 4.20) makes the start for Schaumburg Tuesday night against LHP Hector Hernandez (7-0, 1.59). Make the Boomers part of your plans this summer by calling (847) 461-3695.