Boomers Pull Away from Normal 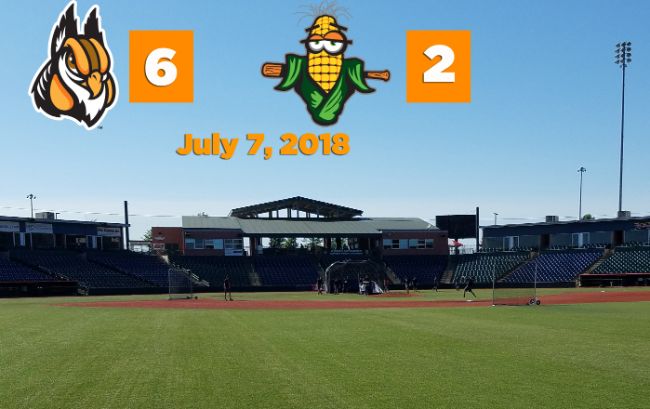 Schaumburg did not trail in the contest. Dylan Jones hit a first inning homer as the second batter of the night to put the Boomers ahead. Collin Ferguson scored on an error in the fifth to extend the margin. Normal scored a run in the bottom of the fifth and loaded the bases with one out in the sixth before a double play ended the threat. Jack Parenty posted a two-out, two-run single in the seventh to push the lead to 4-1 while Josh Gardiner and James Keller singled home runs in the eighth. Normal loaded the bases again in the ninth but another double play helped seal the victory.

All-Star Payton Lobdell induced three double plays and worked 5.1 innings, allowing just one run to win his second of the year. Ivan Vieitez, Darrell Thompson and Dylan Stutsman finished out the win. All nine members of the lineup notched a hit as the Boomers finished with 11 in a third consecutive double-digit hit showing. Sean Godfrey, Gardiner and Keller all logged two hits each.