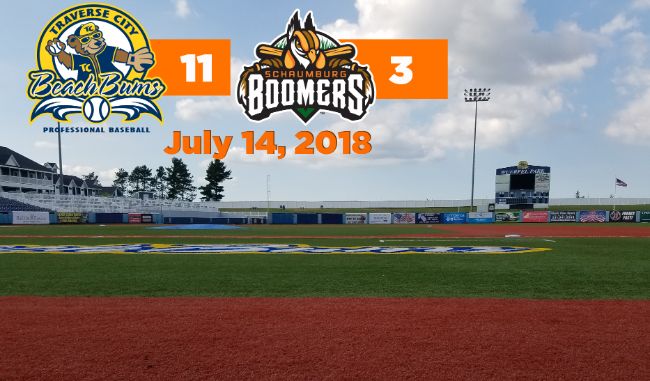 Schaumburg jumped ahead for the second consecutive night in the top of the first. Jack Parenty led off with a single and Sean Godfrey was hit by a pitch to follow. Zack Weigel singled to deep right and Parenty came in on an error. Traverse City sent 10 men to the plate in the bottom of the inning, scoring six times to grab the lead. Will Kengor hit a go-ahead two-run homer and Luke Lowery followed with a solo blast to set the tone. Schaumburg added runs in the second and third on a Godfrey infield hit in the second and a Collin Ferguson homer in the third, but the Beach Bums batted around again in the fifth to put the game away, tacking on four more runs.