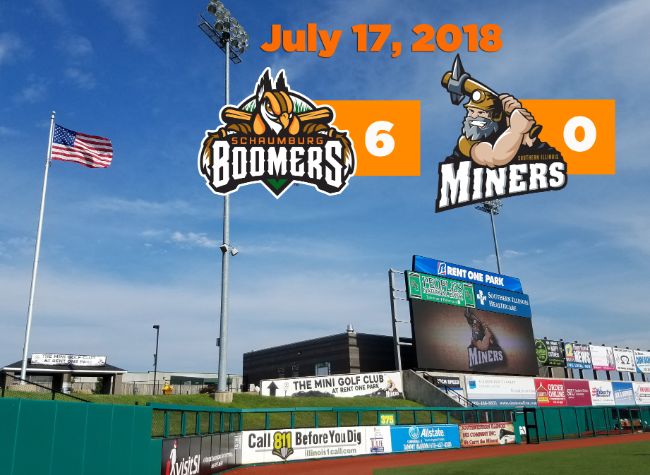 Lobdell threw over 120 pitches in throwing just the third nine-inning shutout and eighth shutout overall in team history. Lobdell scattered four hits and walked two while striking out five in his first career complete game. Schaumburg provided Lobdell with early support by scoring in the first inning for the sixth consecutive contest. Jack Parenty opened the game with a walk and scored on a two-out double from Ty Moore. The Boomers scored four runs with two outs in the game. Kenny Towns padded the lead with a two-run single in the third.

The shutout was just the second of the season for the Boomers, both of which have come against Southern Illinois. Lobdell’s gem marked the first nine-inning shutout since Taylor Thurber blanked Joliet on July 30, 2015. All nine members of the starting lineup reached base with Towns tallying three hits and three RBIs. Josh Gardiner also notched two hits with an RBI single in the sixth.

The Boomers (28-26) continue the series on Wednesday night at 7:05 p.m. Schaumburg returns home on July 20 for just the second series in the month of July on Stranger Things Night featuring postgame fireworks. Make the Boomers part of your plans this summer by calling (847) 461-3695.