Boomers Sweep Miners on the Road 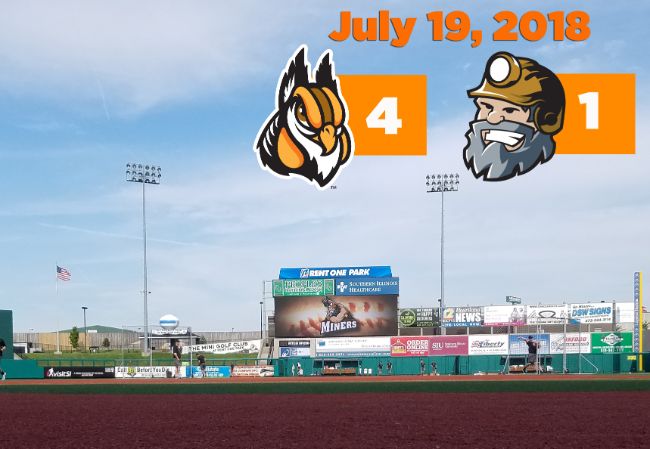 MARION, IL — The defending Frontier League champion Schaumburg Boomers, presented by Wintrust Community Banks, tallied a 4-1 win behind the pitching of Joe Hauser to notch a road sweep of the Southern Illinois Miners on Thursday night.

Facing Steven Ridings, who started opening night for Schaumburg, the Boomers grabbed a 1-0 lead with an unearned run in the third on an RBI groundout from Jack Parenty following singles from Nick Oddo and Michael Hartnagel. Ty Moore drilled a two-run homer in the fourth to stretch the lead to 3-0. That was more than enough for Hauser, who carried a shutout into the ninth. Hauser retired the first 10 batters of the game and did not allow a hit until the fifth inning. Moore pushed the edge to 4-0 with an RBI single in the eighth.

Hauser scattered five hits and allowed a ninth inning run, walking three and striking out three to improve to 6-4. Chris Hall needed one pitch to end the game and notch his second save. Hartnagel, Moore and Parenty all logged two hits in the win. The sweep marked the first of the season on the road against a team from the West Division.

The Boomers (30-26) return home for just the second series in July, welcoming the Normal CornBelters tomorrow night at 6:30 p.m. to begin a fun-filled weekend. Friday night is Stranger Things Night featuring postgame fireworks. Make the Boomers part of your plans this summer by calling (847) 461-3695.