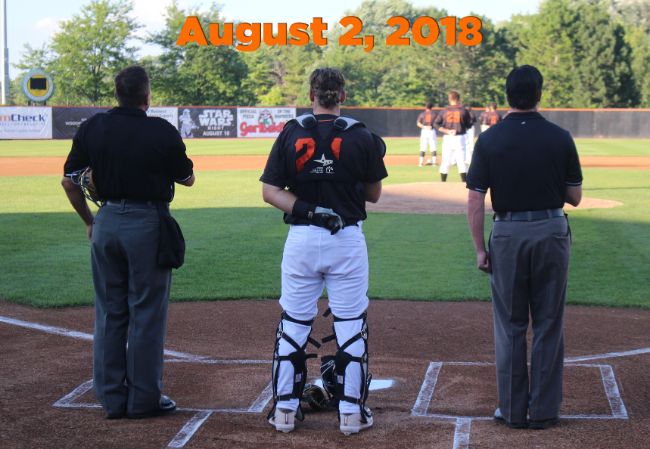 Schaumburg scored three times in the bottom of the first. Ty Moore doubled home the first two runs as the fourth batter of the contest. Nick Oddo added a sacrifice fly in the inning. Schaumburg took advantage of three errors in the third to take a 6-0 edge. Moore singled home one run while two others scored as a result of errors. Following a Florence run in the top of the fourth, the Boomers put the game out of reach with three runs in the bottom of the inning. Collin Ferguson, Oddo and Darrell Miller, Jr. all singled in runs.

Gunnar Kines was the beneficiary of the run support, allowing two runs in seven innings to spin a quality start and move to 5-1 on the season. Schaumburg finished with eight hits in the win, three of which came from Moore, who drove home three.