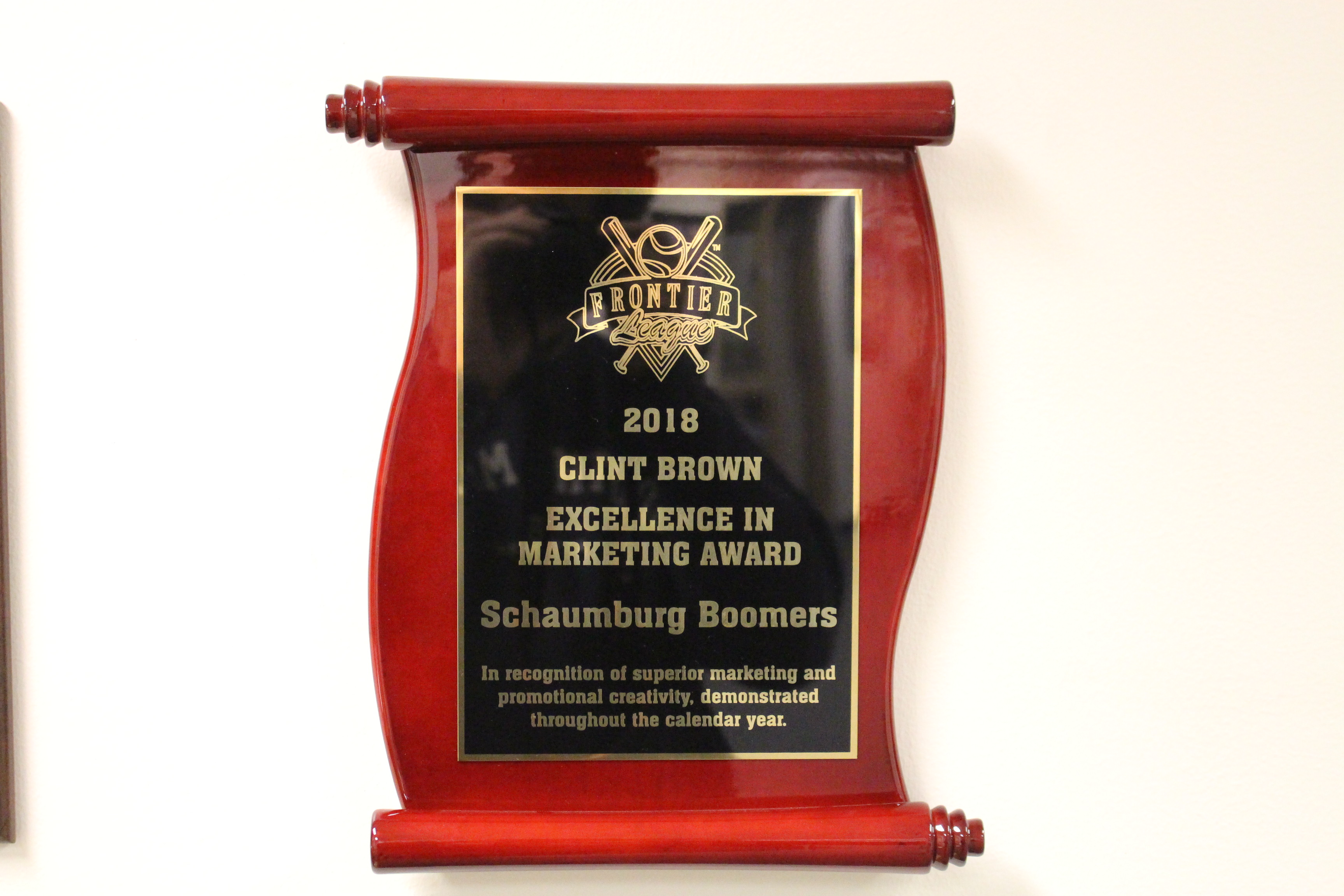 In addition to receiving the Clint Brown Award, the Boomers were also been nominated by their peers within the Schaumburg Business Association (SBA) for two major awards this season: the Brian H. Burke Business of the Year Award, and the Rookie of the Year Award. At the annual Toast of Schaumburg event the Boomers were honored to win the award for Rookie of the Year for first-year GM Michael Larson, who adds “The SBA is an amazing organization filled with great businesses and professionals. It is truly an honor to be recognized for our efforts as an organization here in the Schaumburg community and we look forward to what we can do in the future.”