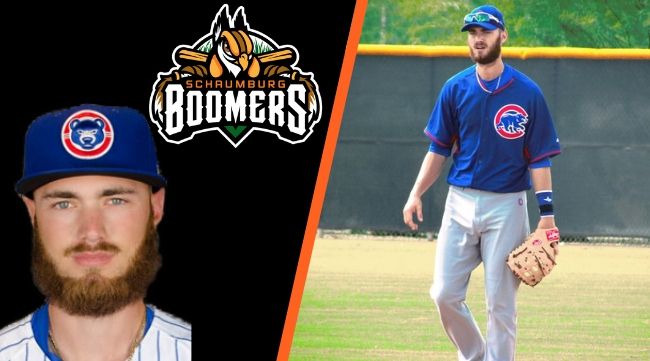 Rose was drafted in the 11th Round of the 2015 MLB Draft (Photo: John Arguello)

The Schaumburg Boomers, presented by Wintrust Community Banks, have added another piece to their 2019 roster by signing infielder Matt Rose.

Rose will enter his first season with the Boomers and 5th season at the professional level after playing with the Chicago Cubs and Chicago White Sox minor league organizations. The Florida native was drafted in the 11th round of the 2015 MLB Draft by the Chicago Cubs.

After getting drafted in 2015, Rose spent the season in Class A where he had a .271 batting average on the year with 45 hits and 37 RBI’s in 45 games with the Eugene Emeralds and the South Bend Cubs. In 2017, Rose was traded from the Cubs along with LF Eloy Jimenez, RHP Dylan Cease, and 2B Bryant Flete to acquire LHP Jose Quintana from the Chicago White Sox. Rose spent the year at the Class AA level with the Birmingham Barons in the White Sox minor league system, where he held a .225 batting average with 78 hits and 16 homeruns.

Rose attended Georgia State University, where he played through his junior season before getting drafted. In three seasons at Georgia State, Rose batted a .295 average with 31 homeruns. In his junior year he was a Pre-Season All-American after hitting a .312 batting average and blasting 11 homeruns the year prior.

Rose went on to earn First Team All-Conference recognition in 2015 after hitting 16 homeruns to rank himself among the top 10 in homeruns in the nation that season, while also leading the Sun Belt Conference in homers. He was also second in the conference in RBI’s (49) and third in slugging percentage (.613).

When asked of what Rose can bring to the team, Field Manager Jamie Bennett said, “Matt should play a big role for us in the middle of our lineup. He’s one of those guys that can change the game with one swing. His abilities on the infield and his experience are also great assets for us.”

The Boomers 2019 season, presented by Wintrust Community Banks, begins May 10. The Home Opener is Tuesday, May 14 vs. Washington Wild Things. Single game tickets are on sale now!

Season ticket packages and group and hospitality offerings for the 2019 season can be reserved by calling (847) 461-3695 or emailing [email protected].