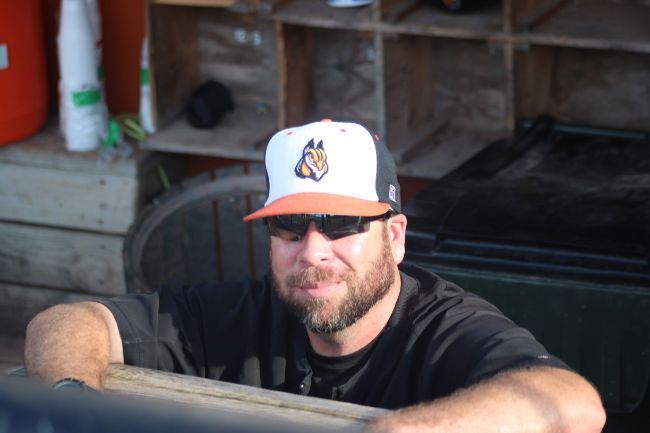 Bennett is the only manager in team history and is in the midst of his eighth season at the helm. Originally hired in 2012 to build the team from the ground up, Bennett has guided the Boomers to a record of 400-335 and is 10th all-time in Frontier League history in wins in just over seven and a half seasons. The Tennessee native is in exclusive company with three Frontier League championships and has twice been honored as the league’s Roger Hanners Award winner as the manager of the year.

Bennett has produced four winning seasons during his tenure, opening the organization’s history with a 54-42 season in 2012 and was selected to manage the West Division in the Frontier League All-Star Game. Bennett also serves as a coach at the All-Star Game in 2015 and 2016 before again managing the team in 2017. The team won the division in 2013, reaching the playoffs for the first time after finishing 59-37. On the way to the team’s first championship in just their second season, the Boomers became the first team in league history to go 6-0 in the playoffs, sweeping Florence and Lake Erie. Bennett was chosen as the league’s manager of the year.

The Boomers became just the third team in league history to repeat as champions in 2014, tying for the division crown with a 61-35 record but ultimately losing the tiebreaker for the division. During the playoffs, the Boomers faced three elimination games, winning them all before dispatching River City in four games to win the title, celebrating at home. After losing seasons in 2015 and 2016, Schaumburg had the best season in franchise history in 2017, leading wire-to-wire on the way to another division title with a 66-30 record. The Boomers won the Frontier League championship by topping the Florence Freedom in four games, needing just six years to become the league’s first ever three-time champion. Bennett won his 300th game in 13 innings on August 1, 2017 and was again named as the league’s manager of the year.

The Boomers are in the midst of a 34-29 season and find themselves one game back in both the East Division and wild card chase. Schaumburg has won five consecutive three-game series. The team continues a three-game slate in Pennsylvania tonight before returning home on Monday evening. Visit boomersbaseball.com for tickets and information or call 847-461-3695.

PLAYERS OF THE WEEK: 15 (Two in 2019 in Pitchers Aaron Rozek and Gunnar Kines)

PLAYERS SOLD TO AFFILIATED BASEBALL IN SEASON: 14 (Two in 2019 in Pitchers Landy Rodriguez and Jake Cousins)