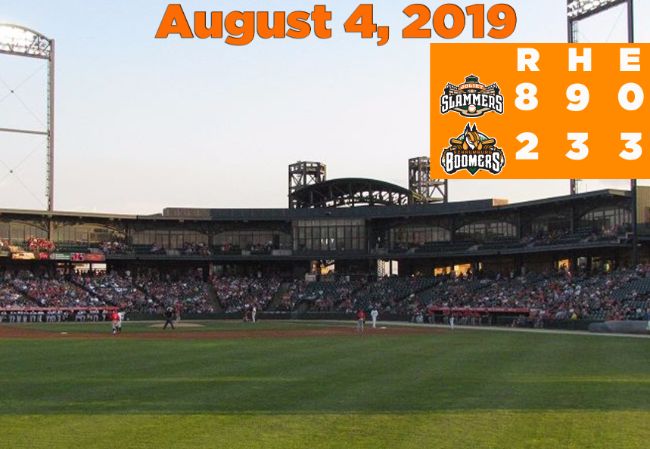 JOLIET, IL —The Schaumburg Boomers, presented by Wintrust Community Banks, were swept in a weekend series by the Joliet Slammers with an 8-2 loss on Sunday afternoon.

Short-handed, the Boomers grabbed a 2-0 lead in the top of the first inning. Jack Parenty walked to lead off the game and came around to score on a two-run homer from Clint Hardy, his sixth of the year. Joliet pulled within a run with a two-out tally in the bottom of the inning and went on to add unearned runs in the second and third. The Slammers scored in five different frames to secure the win.

Aurora, Ill. native Matt Miller suffered the loss, allowing just one earned run in four innings of work. Jumpei Akanuma and Erik Martinez each worked two innings. The Boomers were held to just three hits a day after notching just five. Nick Oddo doubled and reached base twice while Connor Oliver and Jimmy Galusky also reached twice. Starting pitcher Connor Reed made an appearance in the outfield and walked in his only at bat. Schaumburg scored just seven runs over the weekend while accumulating 17 hits.