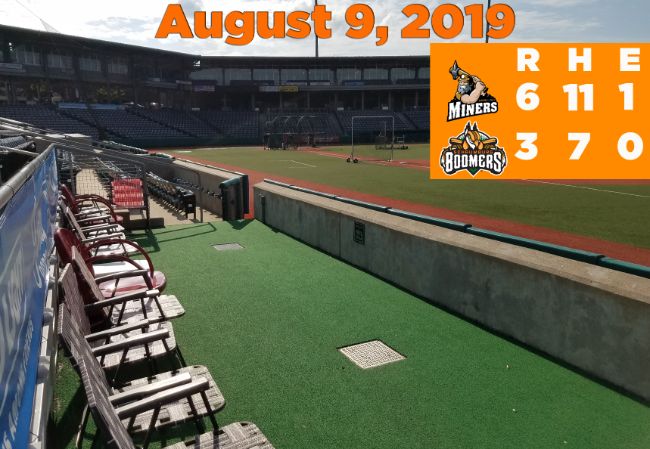 MARION, IL — The surging Southern Illinois Miners handed the Schaumburg Boomers, presented by Wintrust Community Banks, a season high seventh consecutive defeat with a 6-3 win, the ninth in a row for the Miners in the opener of a weekend road series on Friday night.

Following a rain delay of nearly an hour, the Miners strung together three consecutive two-out hits to open a 2-0 lead in the bottom of the second. Southern Illinois added another run in the third to move in front 3-0. The Boomers battled to within 3-2 in the top of the fourth. Matt Rose doubled and scored with two outs on a double from Quincy Nieporte. Nick Oddo followed by adding a sharp RBI single. Southern Illinois quickly put three more on the board in the bottom of the inning to regain control.

Aaron Rozek suffered the loss, working seven innings on the mound and allowing six runs on 11 hits, both season highs. Schaumburg finished with seven hits, four of which were doubles. Nieporte and Rose both finished with two hits in the defeat.