Boomers Pull Away from Windy City 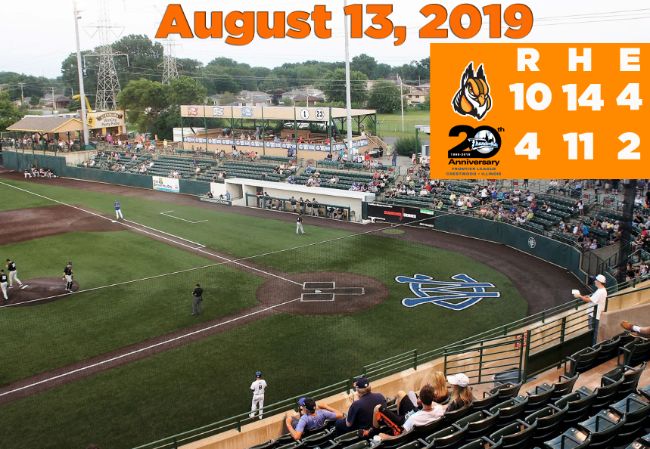 CRESTWOOD, IL — The Schaumburg Boomers, presented by Wintrust Community Banks, rallied from a 2-0 hole to pull a little closer in the East Division race after notching a 10-4 win over the Windy City ThunderBolts on the road Tuesday night.

Windy City broke open a scoreless game with two runs in the last of the fifth. The Boomers instantly responded in the sixth, plating four runs including three with two outs. Quincy Nieporte tied the game with an RBI double and Clint Hardy handed the Boomers the lead at 4-2 with his seventh homer of the year. After Windy City evened the game in the seventh, Nieporte doubled home the winning run in the eighth and the Boomers tacked on five in the ninth to account for the final.

Schaumburg banged out 14 hits in the win with eight individuals tallying hits. Nieporte and Hardy both finished with three hits and three RBIs. Jack Parenty and Gian Martellini also logged multiple hits. Dylan Stutsman grabbed the win in relief. Connor Reed left with the lead after five innings, striking out four. The start of the game was delayed over an hour due to rain.

The Boomers (40-39) continue the series on Wednesday at 7:05 p.m. with RHP Payton Lobdell (2-7, 3.96) on the mound against RHP Tyler Thornton (5-2, 2.87). Just six home games remain on the schedule this season including three this weekend against the leaders of the East, the Lake Erie Crushers. Visit boomersbaseball.com for tickets and information or call 847-461-3695.