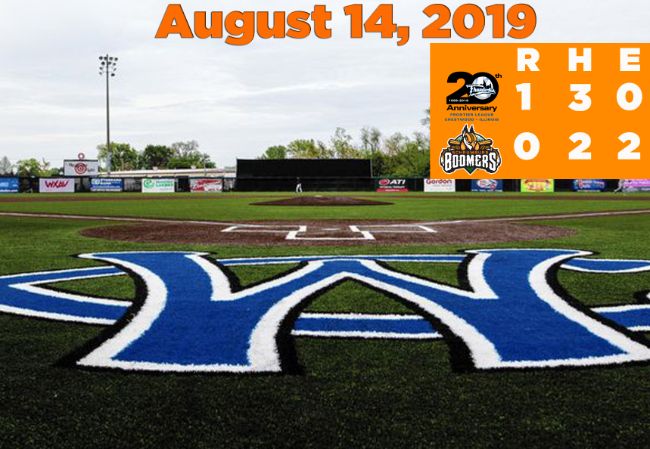 CRESTWOOD, IL — The Schaumburg Boomers, presented by Wintrust Community Banks, could not solve Tyler Thornton, the starting pitcher for the Windy City ThunderBolts, dropping a 1-0 decision on the road Wednesday night.

Thornton retired the first 15 batters of the game before Chase Dawson singled on the first pitch of the sixth. Tyler Alamo produced the only offense for Windy City with a solo homer in the fourth, his 11th of the year. Payton Lobdell suffered the hard luck loss for the Boomers, allowing just one run on three hits in six innings while fanning six. Luis Roman doubled with two outs in the ninth but was left at second as Thornton finished the complete game. The All-Star struck out 10 and allowed just two hits. Trevin Eubanks and Darrell Thompson finished out the game on the mound for Schaumburg with scoreless innings. The Boomers fanned 10, a third consecutive double-digit strikeout contest.

The Boomers (40-40) dropped a game further behind Lake Erie in the race for the East Division title. Lake Erie visits Schaumburg this weekend. The series finale takes place at 6:05 p.m. on Thursday night with LHP Aaron Rozek (5-4, 3.17) on the mound for the Boomers opposite RHP Cole Bellair (2-5, 6.47). Just six home games remain on the schedule this season including the three this weekend. Visit boomersbaseball.com for tickets and information or call 847-461-3695.