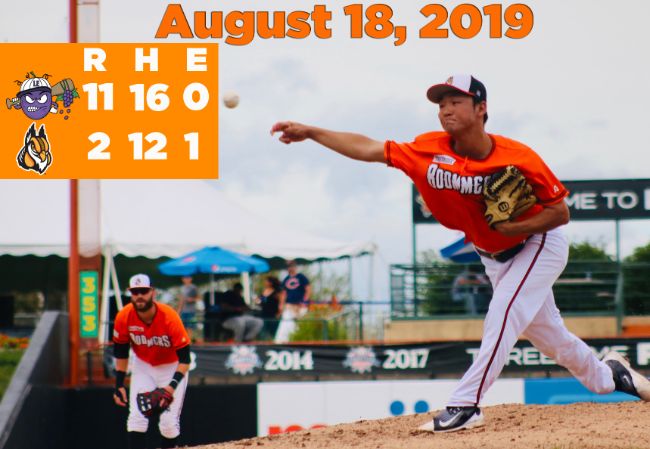 SCHAUMBURG, IL — The Schaumburg Boomers, presented by Wintrust Community Banks, fell behind early and dropped the rubber game of a key weekend series with the Lake Erie Crushers by an 11-2 score on Sunday.

Lake Erie jumped ahead just three batters into the game and did not trail in the contest, connecting on five homers in the victory. Down 2-0, the Boomers recorded three straight hits in the bottom of the first on singles from Clint Hardy, Chase Dawson and Quincy Nieporte to pull within 2-1. Lake Erie hit back-to-back homers to open the second and added two more in the inning while also notching three runs in the third to race to a 9-1 advantage. Schaumburg finished with 12 hits in the defeat.

Seven individuals reached base with six notching hits for Schaumburg. Dawson hit his first professional homer in the seventh and tallied three hits. Jack Parenty also notched three. Connor Reed took the loss, lasting just 1.2 innings. Jumpei Akanuma tossed five innings of relief for the Boomers and allowed just one run while striking out three. The loss dropped the Boomers 4.5 games in back of Lake Erie in the East Division and two games under the .500 mark for the first time this season.

The Boomers (41-43) have just three home games remaining on the schedule this season. The team begins a nine-game roadtrip at Gateway on Tuesday night at 6:35 p.m. Visit boomersbaseball.com for tickets and information or call 847-461-3695.