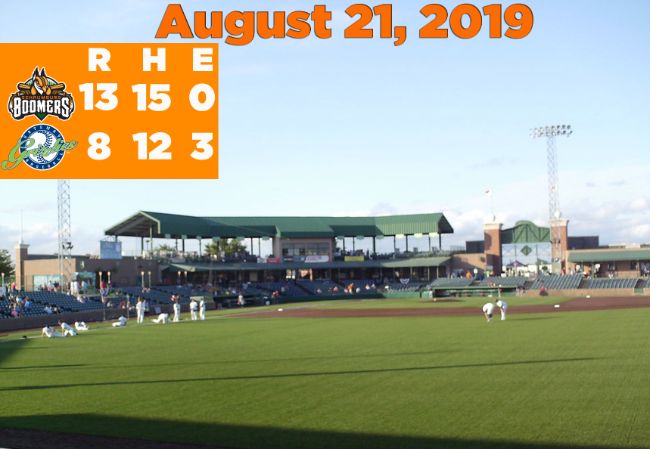 SAUGET, IL — Quincy Nieporte set a Frontier League record by becoming the first player in league history to notch double-digit RBIs, driving home 10 as the Schaumburg Boomers, presented by Wintrust Community Banks, ran past the Gateway Grizzlies 13-8 in a rain-shortened affair on Wednesday.

Nieporte connected on a three-run homer in the top of the first to set the tone. Gateway scored a pair of runs in the bottom of the frame before Nieporte notched a three-run double with two outs in the second. Holding a 7-3 lead entering the third, Nieporte drilled his second homer of the game, a grand slam to hand the Boomers an 11-3 advantage. Nieporte finished the game with four hits. The game came to an abrupt end in the top of the ninth when thunderstorms erupted. Nieporte would have been the fifth batter of the ninth. Nieporte moved from seventh to fourth in the league in RBIs, upping his season total to 60, becoming just the second player in team history to drive home 60 in a campaign. The two homers give the first-year Boomer 11, notching the 14th double-digit homer season in team history.