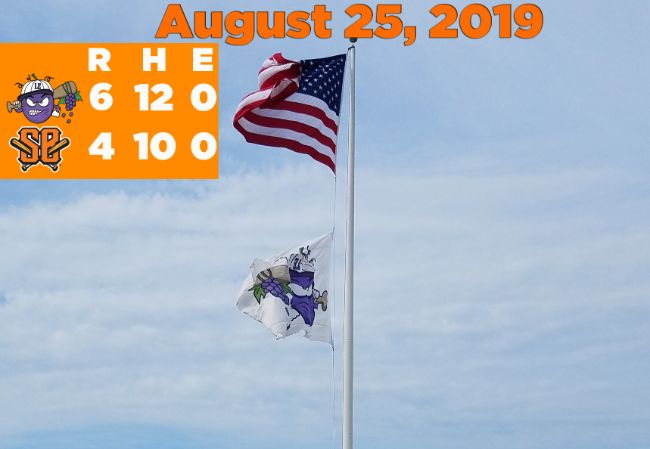 AVON, OH —The Lake Erie Crushers hit three homers, including a two-run go-ahead blast from Emmanuel Marrero in the bottom of the seventh to hand the Schaumburg Boomers, presented by Wintrust Community Banks, a 6-4 loss on Sunday, capturing two-of-three to all but seal the East Division.

Jake Vieth opened the scoring for the Crushers with a solo homer to begin the bottom of the second. Schaumburg scored in three consecutive innings to open a 4-3 lead. Luis Román doubled with one out in the third and Jack Parenty followed with a single. Quincy Nieporte drove home his 13th run of the trip with a double to deep center and Matt Rose put the Boomers in front with an RBI groundout.

Payton Lobdell started on the hill and worked four innings. Connor Reed suffered the loss despite striking out three and working out of a jam in the sixth. The Boomers finished with 10 hits in the losing effort. Román, Nieporte and Rose all notched two each.

The Boomers (44-46) continue the roadtrip on Tuesday night at Windy City when LHP Aaron Rozek (5-5, 3.63) makes the first of his two scheduled starts in the final week of the year. Just three home games remain on the schedule this season. Visit boomersbaseball.com for tickets and information or call 847-461-3695.