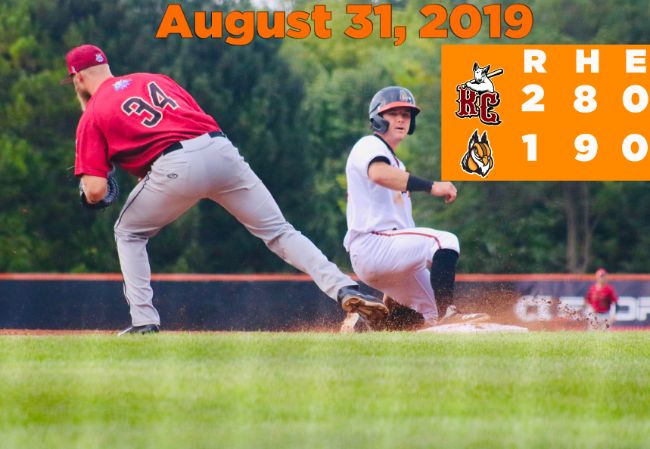 SCHAUMBURG, IL — The Schaumburg Boomers, presented by Wintrust Community Banks, left 14 men on base in a 2-1 loss at the hands of the River City Rascals on the final Saturday of the season.

River City scored both runs in the top of the fifth against starter Payton Lobdell, who fell to 3-9 on the season despite allowing just two runs in seven innings. The Boomers left the bases loaded in the fourth and sixth and had the bases loaded with no outs in the seventh and came up empty. The lone run of the night scored in the bottom of the ninth inning. Jack Parenty notched an infield single with one away and Matt Rose walked with two outs. Connor Oliver drove home Parenty with a single through the right side but the tying run was left at second.

The Boomers finished with nine hits in the contest. Parenty tallied a pair of hits to match the single season record for multi-hit games with 39. Chase Dawson and Clint Hardy also tallied two hits as Hardy made his return from an injury. Oliver reached base four times with a pair of walks and a hit by pitch. Quincy Nieporte and Rose both drew a pair of walks. Thomas Nicoll struck out five on the mound in working two scoreless frames to end the game.