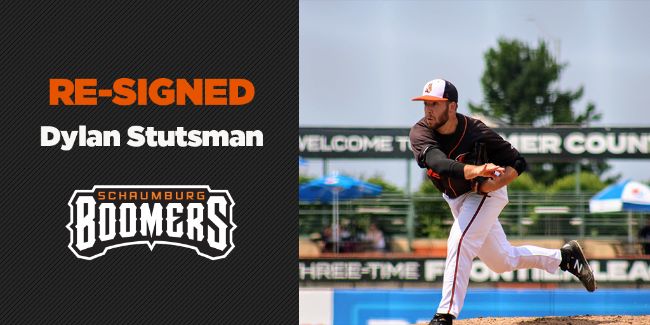 Reliever Dylan Stutsman returns for his third season with the Boomers. He appeared in 44 games in 2019. Stutsman posted a 6-3 record with a 2.40 ERA and struck out 67 batters in 48.2 innings of work. On July 23 he tossed 1.2 innings of relief with a season high four strikeouts to help preserve a 1-0 win against Southern Illinois.

Gian Martellini will return for his second season with the Boomers. Martellini signed on August 6, 2019 after playing four seasons at Boston College. He played in just nine games for the Boomers last season and had six hits in 32 at bats. Martellini hit his first career triple in a 10-4 victory at Windy City on August 13.

Relief pitcher Thomas Nicoll returns for his second season with the Boomers. Nicoll was received via trade on August 12 from the Gateway Grizzlies. He pitched in a total of 26 games during the 2019 Frontier League season, six of them with the Boomers. Nicoll’s 2019 season saw him throw 68.1 innings with 86 strikeouts and a 3.56 ERA combined in Gateway and Schaumburg.