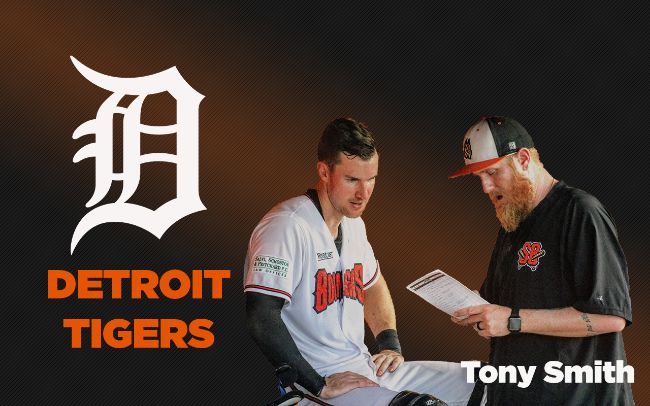 SCHAUMBURG, IL – The Schaumburg Boomers presented by Wintrust Community Banks, are pleased to announce Tony Smith has been hired by the Detroit Tigers organization. Smith will head to the Double A Erie SeaWolves as a player development coach.

Smith has been part of the coaching staff since 2016. He started out as a bullpen coach and then took over as pitching coach at the beginning of the 2017 season. Additionally, he pitched for the 2014 Boomers team that won the Frontier League Championship.

“While we don’t like to lose a talented coach like Tony, we are excited to see him continue his career in the MLB affiliated system”, said General Manager, Michael Larson. “Tony is a great leader on and off the field and we greatly appreciate everything he has done as a player and a coach with Schaumburg Boomers. We wish him the best of luck.”