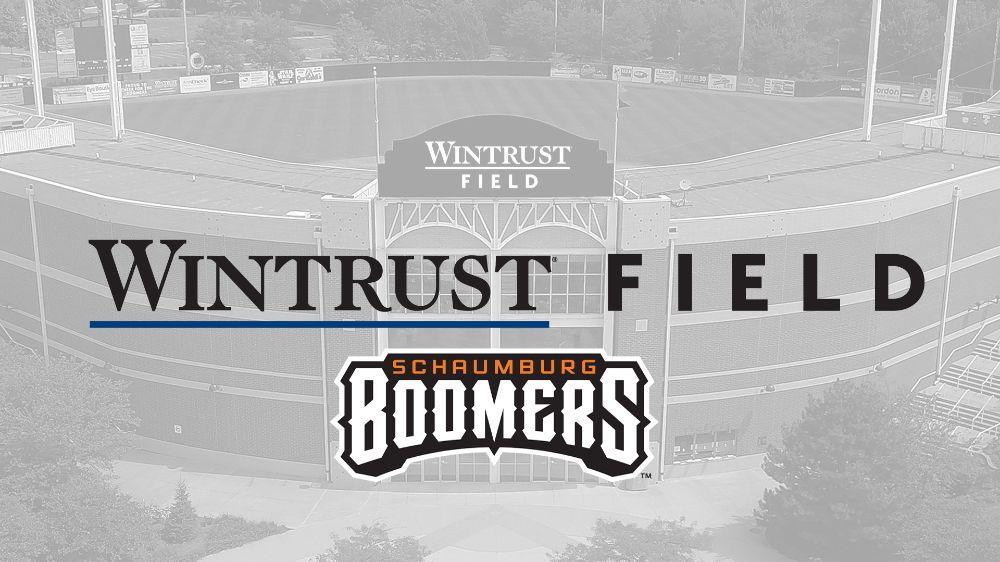 “At Wintrust, we like to align ourselves with the organizations that make this area so unique,” said Wintrust CEO & Founder Edward J. Wehmer. “Especially those, like the Boomers, that bring so much fun to our community. It’s been a pleasure to partner with the team and we’re excited to strengthen that partnership with Wintrust Field. Between our relationships with the Cubs, the White Sox, and the Boomers, we’re the bank for Chicago baseball!”

Wintrust has been the Boomers exclusive banking partner since Boomers’ inception Schaumburg in 2012. This expanded partnership is a six-year agreement and includes new Wintrust Field signage above the left-field videoboard, press box, and seating sections.

“We are thrilled to enhance and strengthen our partnership with Wintrust with this naming rights agreement,” said Patrick A. Salvi, CEO and Owner of the Schaumburg Boomers. “We cannot wait to welcome our great fans to Wintrust Field in 2021.”

“The village is excited that Wintrust has secured the naming rights to Boomers stadium, which further demonstrates their commitment and support to the Boomers baseball organization and the Schaumburg community,” said Schaumburg Village President Tom Dailly. “Despite these challenging times of the pandemic, Wintrust and the Boomers are looking toward the future with hope and optimism, and we join them in looking ahead to the time when we can all enjoy baseball at Wintrust Field again.”

The Schaumburg Boomers are members of the Frontier League, which recently was announced as a Partner League for Major League Baseball and are tenants of the ballpark. In a year without Frontier League baseball, the soon to be named Wintrust Field hosted drive-thru graduations, 4th of July Fireworks, and was the Taxi Squad site for the Chicago White Sox in 2020 as well as the home to several parking lot concerts and Chicago Blackhawks viewing parties.