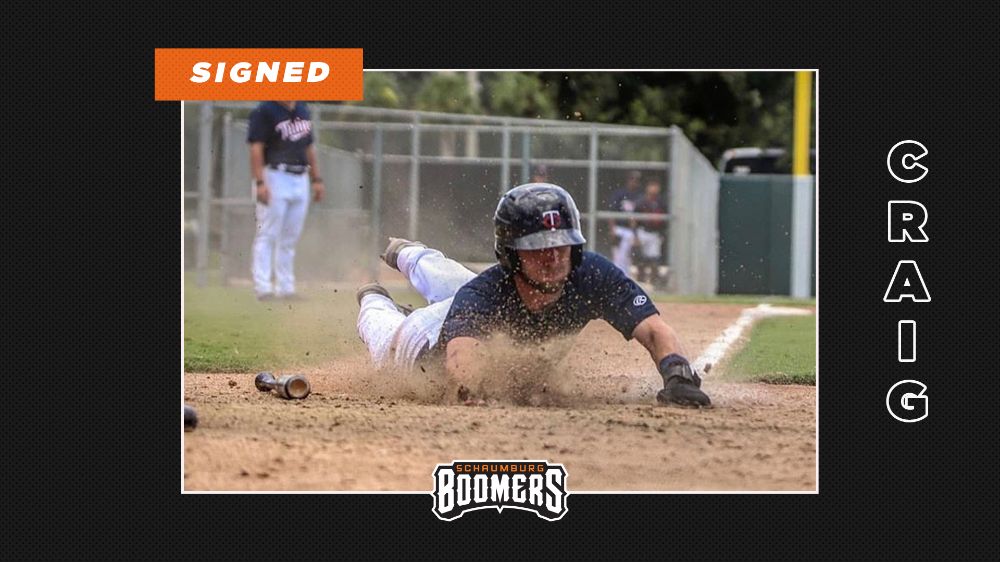 SCHAUMBURG, IL – The Schaumburg Boomers have signed 2B Alec Craig for the 2021 season.

Alec Craig joins the Boomers after spending time with the Westside Woolly Mammoths (USPBL) and the Minnesota Twins Rookie Affiliate, Gulf Coast Twins (GCL Twins). In nine games with the Woolly Mammoths, Craig batted .483 with a .651 on-base percentage. He accounted for 14 hits, including four doubles and six RBI. Craig appeared in 30 games with the GCL Twins and hit .235 with a .417 on-base percentage. He logged 19 hits, six RBI, and six stolen bases.

“Alec has some versatility defensively and has always been a guy that knows how to get himself on base. His speed will also be a big asset for us,” said Manager Jamie Bennett.