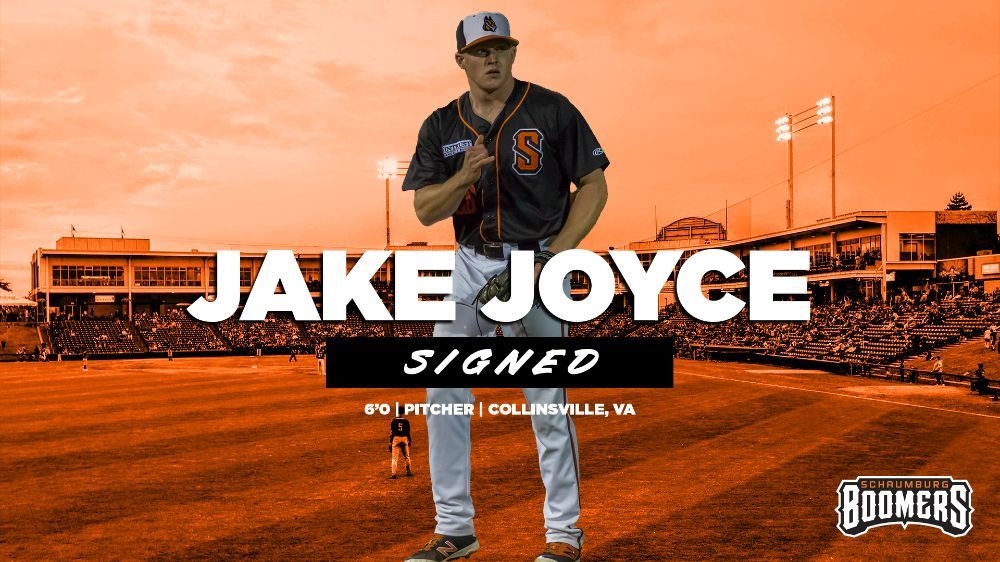 SCHAUMBURG, IL – The Schaumburg Boomers are excited to announce, pitcher Jake Joyce has been signed for the 2021 season.

Joyce returns to Schaumburg for his seventh season as a professional and his fifth with the Boomers. He was a very productive closer for the Boomers from 2015 through 2018. He was a key contributor to the Boomers during the historic 2017 champion run, including picking up the save in the final game. The right-hander spent the 2019 season with the Milwaukee Milkmen of the American Association and the Somerset Patriots formerly of the Atlantic League.

“Couldn’t be more excited to have Jake Joyce back with us,” said manager Jamie Bennett. “He has had a long history of success with us and having him back in our bullpen is a comforting feeling as a manager. His experience will be a valuable asset to our entire staff. He is a true pro that continues to work hard and provides a great example of how this game should be approached.”

In his first stint with the Boomers, Joyce etched his name in the record books. He holds a 16-11 record and has appeared in 145 games, which is most in team history. He has recorded 30 saves, which is second best to Dexter Price who has 60. As a closer he is third in team history for strikeouts with 231.

“Jake is a huge add for us in the back end of the bullpen. Any time you can add a guy that’s been in Schaumburg before and won a championship here it feels like a no brainer, said new pitching coach, Connor Reed. “I’m really excited to have his experience in the bullpen and in the clubhouse.”

The Washington Nationals selected the righty in the ninth round (#286 overall) of the 2013 MLB Draft out of Virginia Tech. Joyce spent two seasons pitching for the Auburn Doubledays the Nationals’, Class A Short Season affiliate.