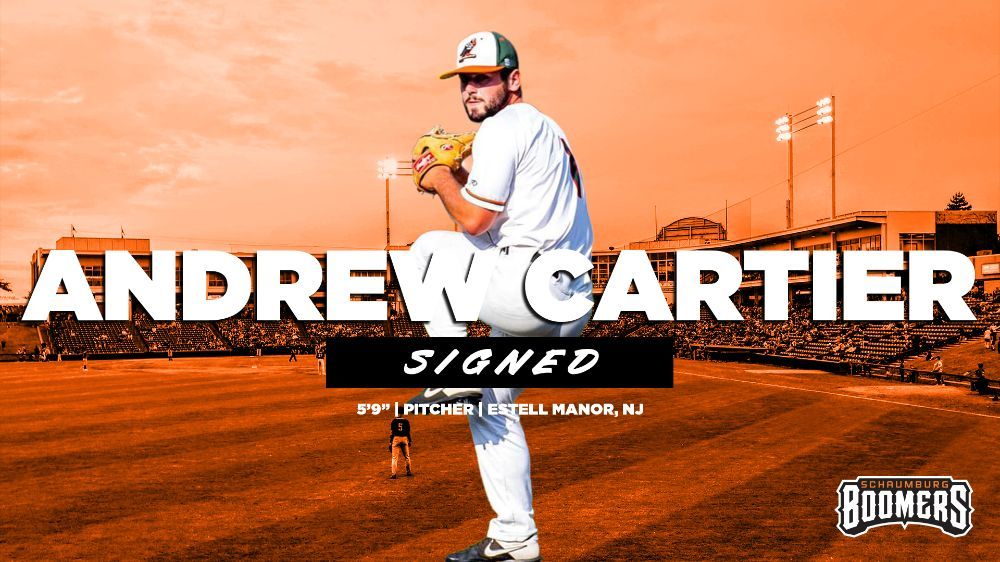 SCHAUMBURG, IL – The Schaumburg Boomers announced the signing of pitcher Andrew Cartier for the 2021 season.

Cartier, 23, is a native of Estelle Manor, New Jersey and played collegiately at Rowan University. He appeared 45 times for the Profs and finished with a 9-6 record. During his senior season he was named team captain. He would lead the team with a 1.98 ERA and seven saves, which was the best in the conference.

Cartier began his professional career in 2019 with the High Desert Yardbirds of the Pecos League. He went 1-1 with a 2.28 ERA in 19 relief appearances while striking out 40. He was also selected as a Pecos League All-Star.

“Cartier will be a nice addition for us. He has a little pro experience and has had some success both as a starter and out of the bullpen,” said manager Jamie Bennett. He will be able to come in and compete for a spot in our rotation.”

The right-hander also had stints with the Vallejo Admirals of the Pacific Association of Professional Baseball Clubs and the Gary Railcats of the American Association. With the Admirals, Cartier pitched in 2.2 innings allowing just one run on two hits and a walk while striking out six. As a member of the RailCats he posted a perfect 3-0 record in 10 appearances out of the bullpen.

During 2020, Cartier played in the City of Champions Cup hosted by the Joliet Slammers. Additionally, he saw some time in the Yinzer Baseball Confederacy hosted by the Washington Wild Things.