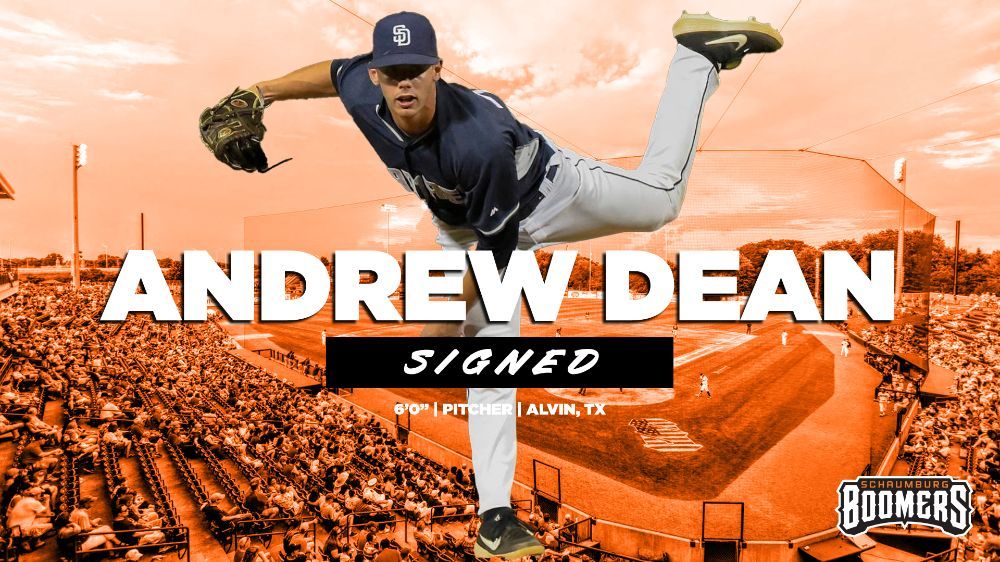 SCHAUMBURG, IL – The Schaumburg Boomers announced the signing of Andrew Dean for the 2021 season.

Dean, 24, is a left-handed pitcher out of Alvin, Texas . He spent two seasons at Ranger College before transferring to the University of Illinois at Springfield. His two seasons (2018-19) at UIS were the top two in program history.

Dean dominated UIS opponents going 22-1 in 31 appearances (27 starts). He struck out 192 batters in 168 innings and finished his career with a 2.83 ERA. Dean is the school’s leader in wins, opponent batting average and shutouts. His senior season ended with several awards including, Great Lakes Valley Conference Pitcher of the Year, First-Team All-Conference, & First Team All-Region.

“We are very excited about what Andrew brings to the table,” said manager, Jamie Bennett. “He has had success everywhere he has been and we expect him to fit nicely into our rotation. He is a true competitor on the mound and has a great attitude that will blend well with this club.”