Tyler Peccioli Added to the 2021 Roster 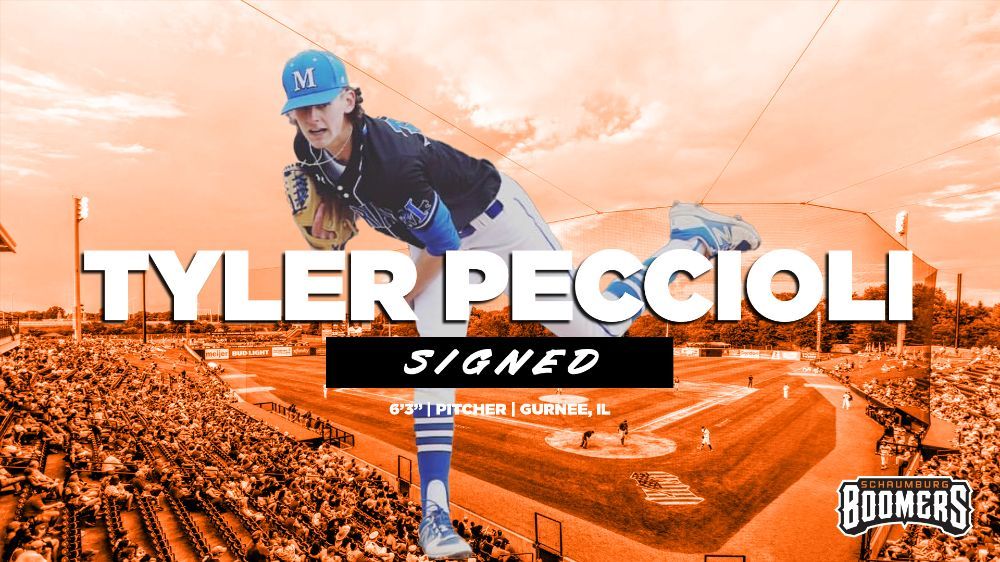 SCHAUMBURG, IL – The Schaumburg Boomers announced the signing of Tyler Peccioli for the 2021 season. He is currently playing in the California Winter League, the official winter league of the Frontier League.

Peccioli, 23, is a left-handed pitcher out of Gurnee, Illinois. He played collegiately at Division III Marian University. In his four years as a Sabre he appeared in 39 games (starting 22). He struck out 144 batters in 155.1 innings pitched and finished with a 9-9 career record.

“We are excited to give Tyler an opportunity with the Boomers. He has shown some promise in the California Winter League and we hope things will translate for him,” said manger Jamie Bennett. Good left handed pitching is not always easy to find so we look forward to giving Tyler the chance to come in here and compete”

The lefty spent the 2019 summer playing for the Quincy Gems of the Prospect League where he put together an All-Star season. He finished the year with a 3-2 record and 42 strikeouts in nine appearances.

Peccioli spent part of 2020 playing for the semi-professional Sheboygan A’s of the Wisconsin State League and Northeastern Wisconsin Baseball League. He appeared in seven games, including four starts. He finished with a 3-2 record and 32 strikeouts in just 21.1 innings pitched.

The Frontier League and California Winter League (CWL) have been partners for the past seven seasons. As part of the partnership the Frontier League will sign a minimum of 28 CWL players in 2021 and take them to spring training to compete for a spot on the opening day roster.