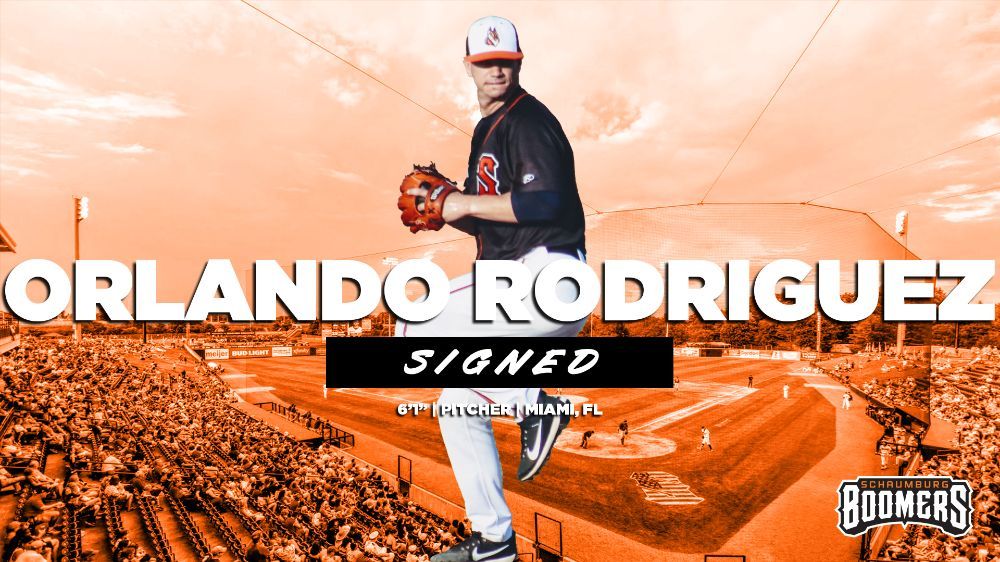 SCHAUMBURG, IL – The Schaumburg Boomers have announced the signing of right-handed pitcher Orlando Rodriguez for the 2021 season.

Rodriguez, 26 returns to Schaumburg after having his contract purchased by the Cincinnati Reds after just two starts during the 2019 season. He worked 13.1 innings and allowed just three runs on nine hits with 12 strikeouts in those two starts.

“We are very fortunate to get Orlando back,” said manager Jamie Bennett. “Although we only had him a short time in 2019, he had an immediate impact on our ball club before being signed by the Reds. He is a hardworking and very competitive pitcher that should fit nicely into our rotation.”

The Reds assigned Rodriguez to their then rookie league affiliate, the Billings Mustangs. He threw 36.2 innings in 10 appearances with 49 strikeouts.

Rodriguez most recently played for the Lightning Sloths of the Constellation Energy League (CEL). The CEL was an independent league that was put together by the Sugar Land Skeeters due to COVID-19. The righty threw 21.2 innings over 11 games while striking out 19.

“When Jamie told me that we re-signed Orlando I was very excited,” said pitching coach Connor Reed. “Having played together in 2019 and seeing what he was able to do in a short stint here before being picked up. It’s a big add for our staff having another starter who has been in Schaumburg before and has succeeded.”

Rodriguez, a native of Miami, Florida, attended St. Thomas University. He helped guide the team to the 2019 NAIA National Championship game. His last season as a Bobcat he struck out 113 batters in 95.2 innings and left the program as the all-time leader in wins and strikeouts.