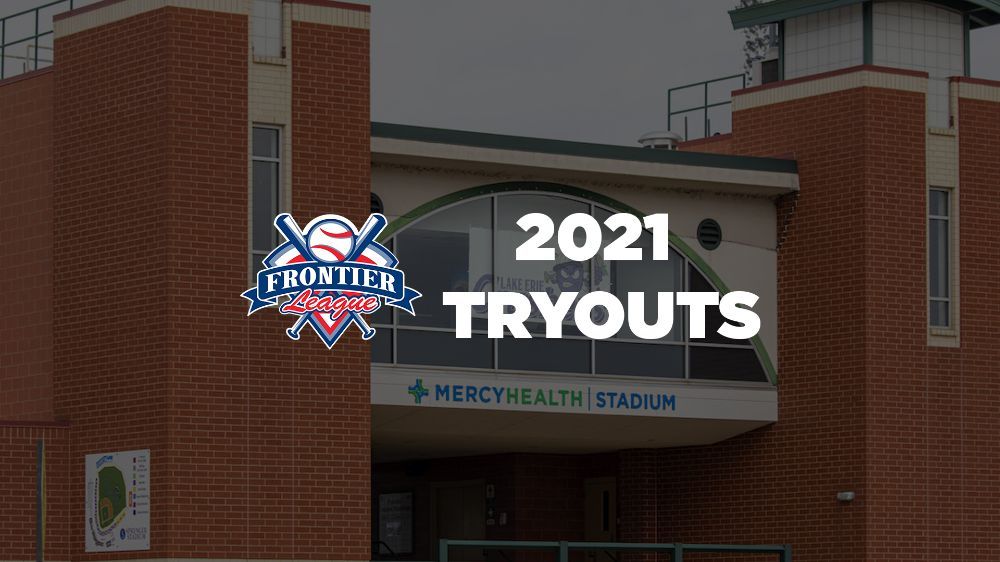 The 28th annual Frontier League Tryout Camp and Draft will be held on Monday, May 10 and Tuesday, May 11 at Mercy Health Stadium in Avon, Ohio, home of the Lake Erie Crushers.

All 16 Frontier League teams will be represented at the workouts, and scouts from multiple Major League Baseball teams also attend each season.  Representatives from other independent leagues participate as well.  Advance registration is available at frontierleaguetryouts.eventbrite.com.

The workouts officially begin at 9:00 AM on May 10 and will feature running, fielding and throwing drills for infielders, outfielders, and catchers, and batting practice for position players while pitchers will throw 15-20 pitch bullpens.  Following the first day, the field managers will post a list of players invited back for inter-squad games on May 11.  At the conclusion of the games, action will break for 30 minutes as clubs and prepare for the draft.

Social distancing protocols will be observed during the Tryout Camp, including masks required for all attendees not actively participating in baseball activities.

An average of 35 players each season have been drafted and signed to spring training contracts over the past eight years.  Each year, at least one tryout camp participant has been selected for the Frontier League's All-Star Game. Several draftees have gone on to be signed by Major League Baseball organizations, with four having ascended to the Major Leagues (Chris Jakubauskas, Seattle; Josh Smoker, New York Mets; Chris Smith, Toronto; and Robert Stock, San Diego).

“We take great pride in giving players an outlet to showcase their talents and provide a quality experience at minimal cost,” said Frontier League Deputy Commissioner Steve Tahsler.  “Our clubs take this event very seriously as they look to complete their spring training rosters, and with new teams joining for the 2021 season we expect more opportunities for players to be signed.”

Debuting in 1993, the Frontier League is the largest and longest running of the MLB Partner Leagues and features teams stretching from the Atlantic Ocean to the Mississippi River and from the Ohio River to the St. Lawrence Seaway.  More information and the complete 2021 schedule can be found at www.frontierleague.com.

Mercy Health Stadium is located 20 miles west of downtown Cleveland at exit 151 off I-90.  Spring training for Frontier League teams begins on Thursday, May 13 with the regular season opening on May 27.