McGarry Hits for the Cycle as Boomers Roll in Homestand Opener 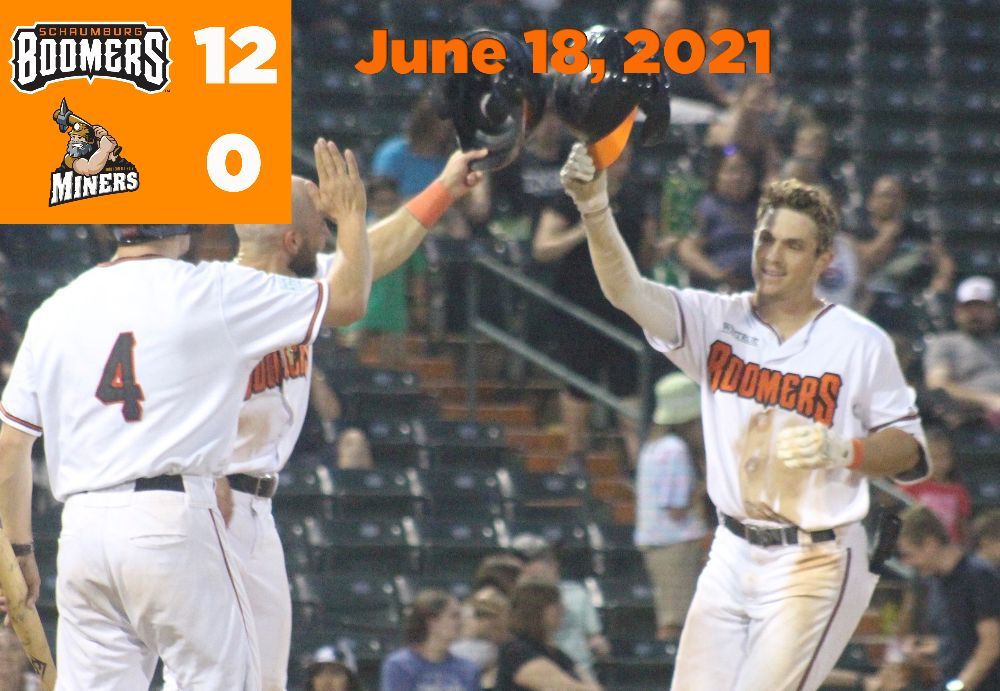 SCHAUMBURG, IL — Matt McGarry hit for the cycle and the Schaumburg Boomers connected on five homers in recording a 12-0 win over the Southern Illinois Miners to open a six-game homestand on Friday night.

McGarry put the Boomers in front just two batters into the bottom of the first. Brett Milazzo led off with a single and scored from first on a McGarry double. Nick Ames homered to open the fourth, making the score 2-0 before McGarry tripled home a pair and eventually crossed the plate on a wild pitch. Quincy Nieporte homered in the fifth and seventh while Luke Becker lifted a sacrifice fly in the fifth. Clint Hardy connected on a two-run homer in the eighth and McGarry also posted a two-run homer, completing the cycle. McGarry also singled in the third.

McGarry finished with four hits and five RBIs, both season highs for the Boomers, who finished with 16 hits. The cycle was just the second in team history. Justin Vasquez also hit for the cycle against Southern Illinois on June 8, 2014. The five homers marked a season high and tied for the third most in single game history. The Boomers lead the league in homers. Nieporte and Ames both amassed three hits.

Ryan Middendorf enjoyed the run support as the Boomers scored in five different innings. Middendorf tossed eight shutout innings, allowing eight hits while striking out five to improve to 2-1 on the year. Kristian Scott struck out a pair in the ninth to finish the win.

The Boomers (12-9) have won three straight for the first time this year and host Southern Illinois again on Saturday night at 6:00 p.m. RHP Kyle Arjona (2-2, 4.13) takes the ball for the Boomers while the Miners have yet to announce a starter. The Boomers and Miners will both wear special jerseys for the Chuck Jones Center for Creativity’s Looney Tunes Night presented by 3 Monkey Aardvark Studio! The jerseys will be auctioned off to benefit The Backyard Experience and the Chuck Jones Center for Creativity Chicagoland. The evening will also feature another round of postgame fireworks. Visit boomersbaseball.com for tickets and information or call 847-461-3695.