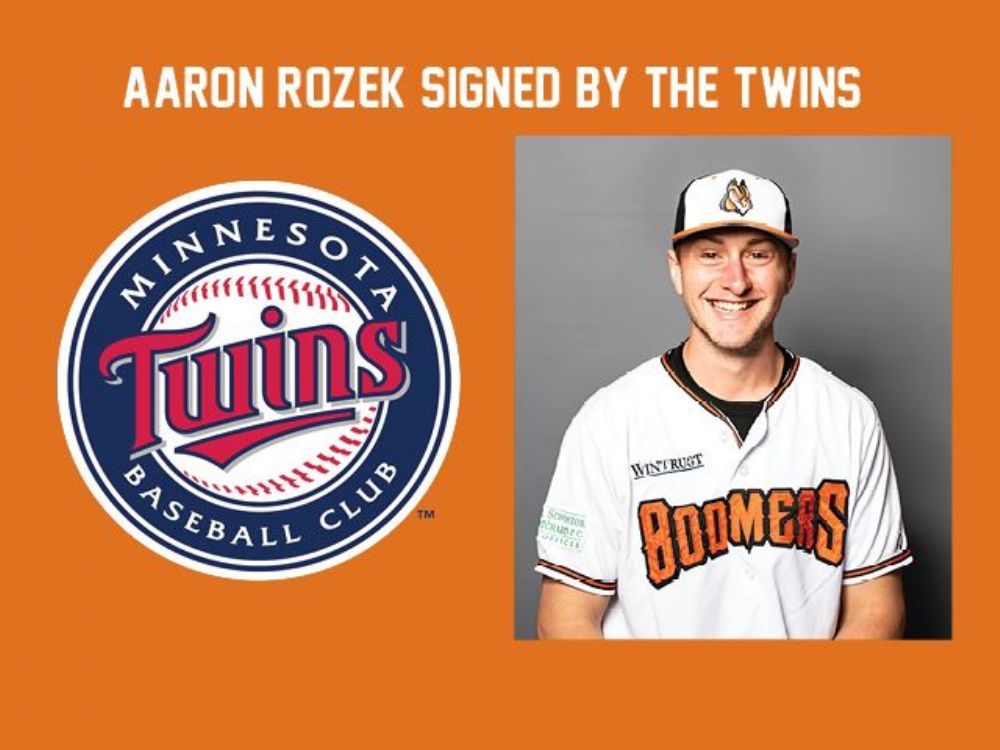 SCHAUMBURG, IL — It is with great pleasure that the Schaumburg Boomers announce that the contract of left-handed pitcher Aaron Rozek has been purchased by the Minnesota Twins.

Rozek made his final start with the team on Thursday night at Windy City, allowing just one earned run in six innings while striking out seven. The Burnsville, Minnesota native was 2-0 this year with a 2.13 ERA over four starts and was leading the league with 32 strikeouts in 25.1 innings. Rozek struck out at least seven batters in each of his four starts and fanned 10 in his first outing of the year on May 31 against Gateway.

“We couldn’t be more proud of Aaron (Rozek),” said manager Jamie Bennett. “He has worked extremely hard and has handled himself like a true professional. He is a great teammate and a great person and well deserving of this opportunity.”

Rozek was in his second season with the team and was the only member of the rotation to make every scheduled start for the Boomers in 2019. Rozek matched the single season team record for starts with 20 in 2019 and finished 7-5 with a 3.60 ERA, striking out 99 in 120 innings. The 99 strikeouts are the fourth most in the team’s single season history while the 120 innings are tied for fourth. Rozek ranks second all-time in fewest walks allowed per nine innings. Rozek was named as the Frontier League Pitcher of the Week after blanking Joliet   The 25-year old will receive his first chance with a major league organization after three seasons in the Frontier League and will report to Florida.