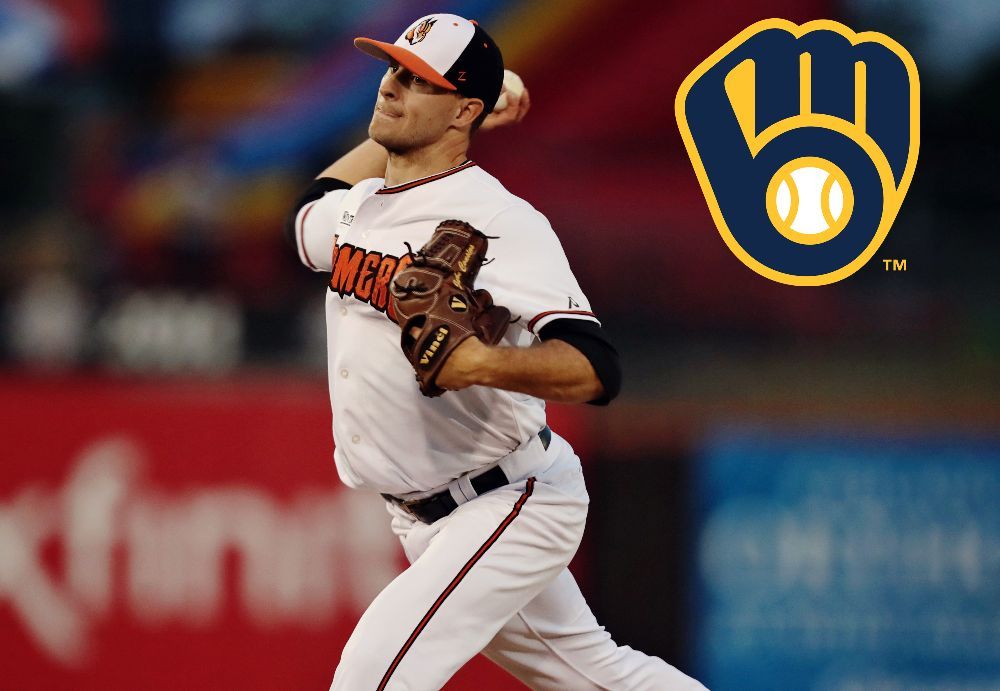 SCHAUMBURG, IL — It is with great pleasure that the Schaumburg Boomers announce that Jake Cousins, who pitched for the team in 2019, has been called up to the Milwaukee Brewers, becoming the first former Boomer to reach the big leagues.

Cousins made his debut for the Brewers on Monday night in Arizona announcing his presence in grand fashion. The right-hander pitched the sixth and the seventh, walking one and striking out five. Cousins featured his slider and threw 35 pitches to eight batters, 21 for strikes. Cousins struck out Stephen Vogt and Merrill Kelly in the sixth while fanning Christian Walker, Josh Reddick and Pavin Smith in the seventh. The strikeout of Smith came on three pitches.

Originally a 20th round selection by the Nationals out the of University of Pennsylvania, Cousins joined the Boomers on May 24, 2019 following his release. Cousins appeared in 15 games for the Boomers in just over a month, notching a 1-2 record with a 0.47 ERA over 19.2 innings with 18 strikeouts and just three walks. Cousins, who turns 27 in July, had his contract purchased by the Brewers on July 17 and made a rapid ascent up the minor league ladder.

Cousins had his contract selected on Monday afternoon from Triple-A Nashville. The right-handed reliever appeared in eight games for Nashville, striking out 16 batters in 8.2 innings. A Chicago area product who attended Wheaton Academy, Cousins was 1-0 for the Sounds with a 2.08 ERA following a promotion from Double-A Biloxi where he pitched eight times and recorded three saves with 14 strikeouts in nine innings.

Cousins opened the spring in big league camp with the Brewers as a non-roster invite and is the second former Frontier League player to reach the Major Leagues for the first time this year.

The Boomers (12-11) continue a six-game homestand tonight by welcoming the Windy City ThunderBolts. Tuesday is Educators Appreciation Night presented by THE TOMORROW WAR available worldwide, on Amazon Prime Video, July 2nd. 1,000 tickets are being given away to teachers and educators thanks to Amazon Prime Video. Teachers can use promo code TEACH to get up to 6 tickets (while supplies last) at Boomersbaseball.com. Additionally, it is a $1 Hot Dog Tuesday. RHP Orlando Rodriguez (1-1, 3.91) takes the ball for the Boomers. Visit boomersbaseball.com for tickets and information or call 847-461-3695.