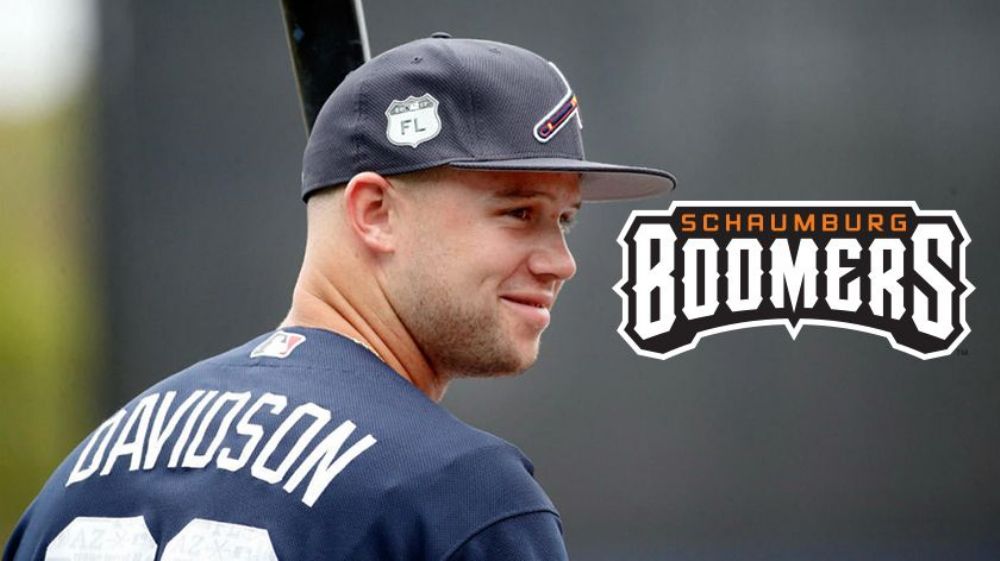 SCHAUMBURG, IL — The Schaumburg Boomers are proud to announce the acquisition of Braxton Davidson, a 2014 First Round pick of the Atlanta Braves, in a trade with the Joliet Slammers.

Davidson was chosen 32nd overall by the Braves out of T.C. Roberson High School in Asheville, N.C. The 25-year old spent five years as a member of the Atlanta organization, reaching High-A with the Florida Fire Frogs in 2018. Davidson hit 20 homers that season and played in the Arizona Fall League, hitting a walk-off homer in the Fall League Championship. During four years playing for full season affiliates, Davidson slammed 47 homers.

Davidson adds an instant middle of the order presence that has been missing for the Boomers due to injuries. During his minor league tenure, Davidson has played first base and outfield. The Boomers lost both first basemen on the roster to injury on the same day.

Davidson played in 56 games for Joliet, hitting .240 with 12 homers and 28 RBIs. The 12 homers are tied for sixth in the league. Schaumburg has hit 52 homers on the season. Davidson has also drawn 40 walks, tied for third in the league. The left-handed hitter owns a .385 on-base percentage and a .480 slugging percentage. The Boomers completed a separate transaction to obtain Davidson, acquiring RHP Turner Larkins from the Tri-City ValleyCats to complete a previous trade and then sending Larkins along with two players to be named to Joliet in exchange for Davidson.

“We are very excited to have Braxton joining us,” said Schaumburg manager Jamie Bennett. “His experience will be very valuable to our club. He is an undeniable presence in any lineup and should be a positive addition for us on the field and in the clubhouse.”

Davidson will make his debut tonight as the first place Boomers (34-31) continue an action-packed homestand by welcoming Equipe Quebec to Wintrust Field at 6:30 p.m. The contest will feature $1 hot dogs on Summer Olympics Night. RHP Kyle Arjona (7-4, 2.38) takes the mound in opener of the only series against a team from the East. Visit boomersbaseball.com for tickets and information or call 847-461-3695.