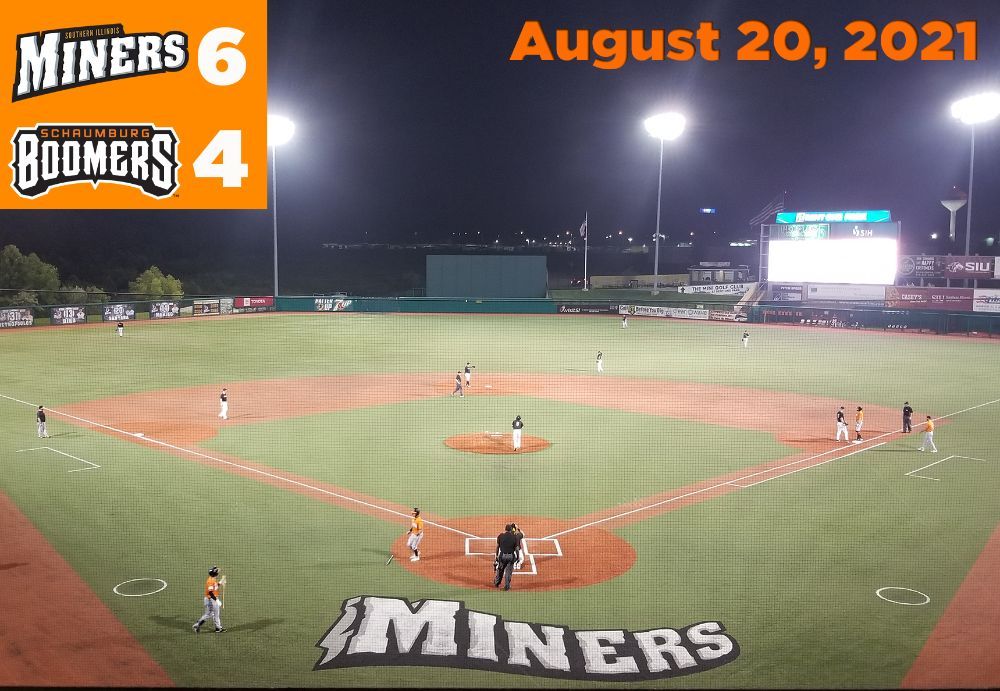 MARION, IL — Chase Dawson set the single season record for triples with his league best eighth of the year but the Schaumburg Boomers dropped a 6-4 decision to the streaking Southern Illinois Miners in the opener of a weekend road series.

Southern Illinois plated a pair of runs in the bottom of the first against newly acquired starter Erik Martinez, who pitched for the team in 2019. The Boomers were able to tie the game in the top of the third. Alberto Schmidt was hit by a pitch to start the inning and Matt McGarry tallied a one out double. Dawson drove home a run by reaching on an error and Quincy Nieporte evened the game with a sacrifice fly. The homestanding Miners responded with three runs in the bottom of the inning to take a 5-2 lead and added an insurance run on a homer in the seventh. Dawson’s record-setting triple came with two outs in the ninth and Nieporte drove him home with a single to account for the final.

The Boomers finished with 10 hits in the defeat. Matt Bottcher, McGarry and Dusty Stroup tallied two apiece. Dawson and Nieporte each drove home two runs. Dawson has reached base in 19 straight, matching the longest streak of the season for the Boomers. Martinez threw four innings in his debut after pitching briefly in Mexico this year, suffering the loss. Kristian Scott worked three innings, striking out three and Andrew Cartier spun a perfect eighth.