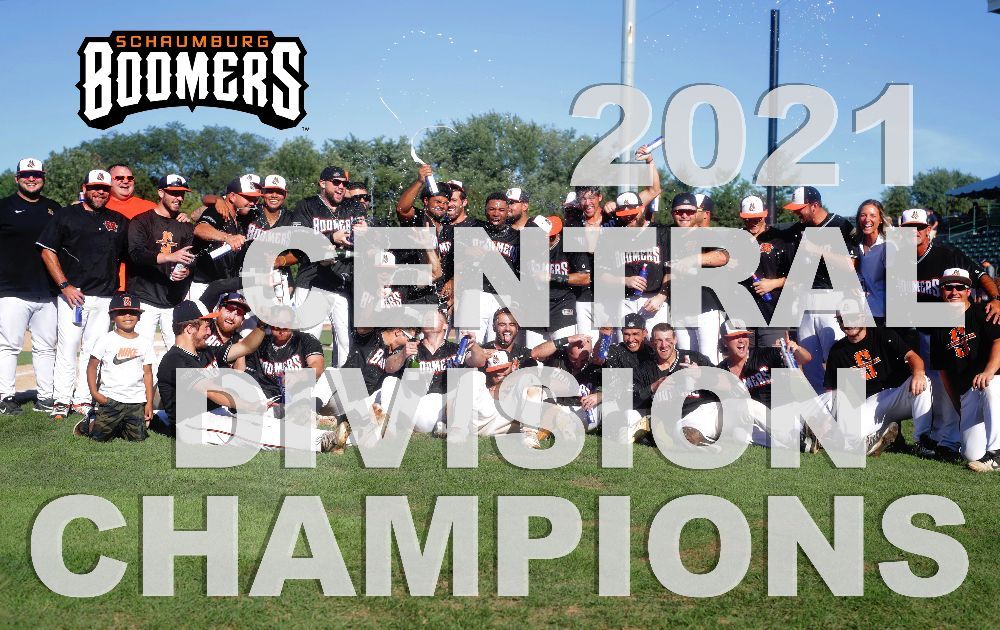 SCHAUMBURG, IL — Moments after Luke Becker hit a walk-off single to defeat the Evansville Otters 5-4 in 10 innings the Schaumburg Boomers wrapped up the Central Division title to secure a return to the playoffs.

Evansville opened a 1-0 lead with a pair of runs in the second but the Boomers were able to tie the game with single runs in the second and third. Becker scored on a wild pitch and Chase Dawson plated Alec Craig to tie the game. Angelo Gumbs delivered a two-out single in the sixth to hand Schaumburg a 3-2 lead, plating Quincy Nieporte. The lead extended to 4-2 on a Nieporte infield hit with two outs in the seventh but Evansville tied the game on a two-run homer from Josh Allen in the eighth.

The Boomers kept Evansville at bay in the top of the 10th and won the game when Becker struck a single through the left side to score pinch-runner Brett Milazzo. Moments later Lake Erie defeated Windy City and the Boomers became the first team in the league to clinch a playoff slot this year. The playoff appearance marks the fourth in team history. The Boomers have never lost a playoff series owning three championships.

Ryan Middendorf worked into the eighth and struck out a career high 11. Jake Joyce stranded the go-ahead run in the eighth and Jack Snyder struck out four in two innings to earn the win. The Schaumburg pitching staff fanned 17 in the game, the second most in team history. Alec Craig, Gumbs and Nieporte notched two hits apiece.

Schaumburg heads on the road for a six-game trip to end the regular season beginning tomorrow at Lake Erie. The team will host at least two playoff games next week with an opponent to-be-determined. Visit boomersbaseball.com for details.