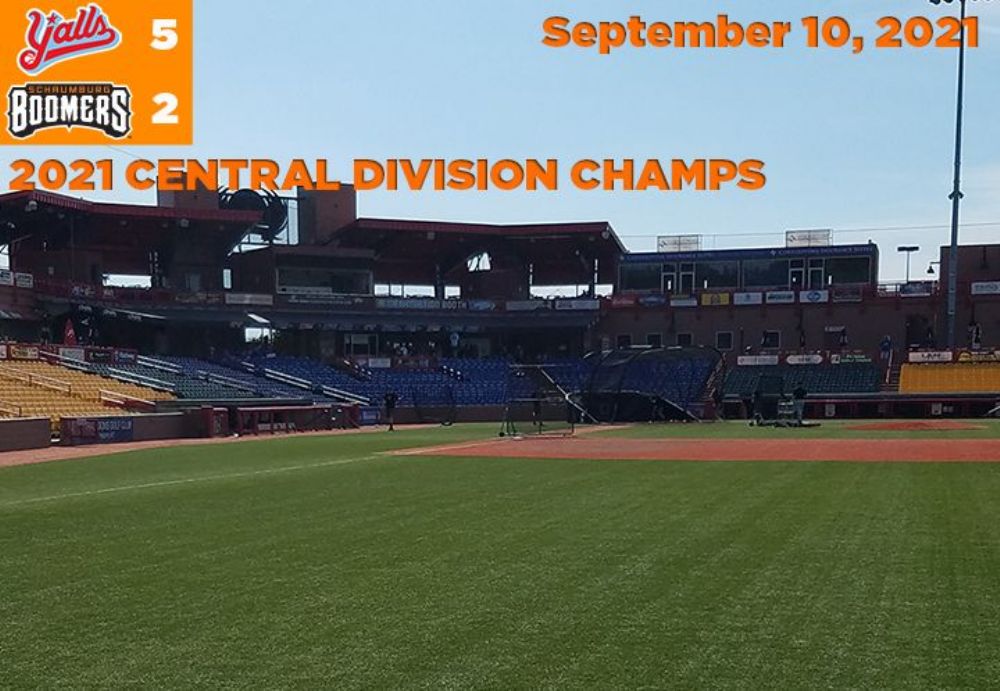 FLORENCE, Ky. — The 2021 Central Division Champion Schaumburg Boomers opened the final weekend of the regular season with a 5-2 loss to the Florence Y’Alls on the road in a possible playoff preview.

Both pitchers got off to a solid start with neither team recording a hit until the third. Florence opened a 1-0 lead in the bottom of the inning before the Boomers scored twice in the fourth. Frontier League MVP Quincy Nieporte singled home Clint Hardy to tie the game and Nieporte swiped second before Braxton Davidson followed with a single that featured a throwing error allowing Nieporte to score. Florence tied the game in the bottom of the inning. The Y’Alls hit back-to-back homers in the sixth and added an insurance homer in the eighth to account for the final.

The Boomers (50-44) continue the series on Saturday night. Playoff tickets are on sale now! Schaumburg will host games one and two of the Frontier League Division Series on Tuesday and Wednesday. Tickets go Visit boomersbaseball.com for details.