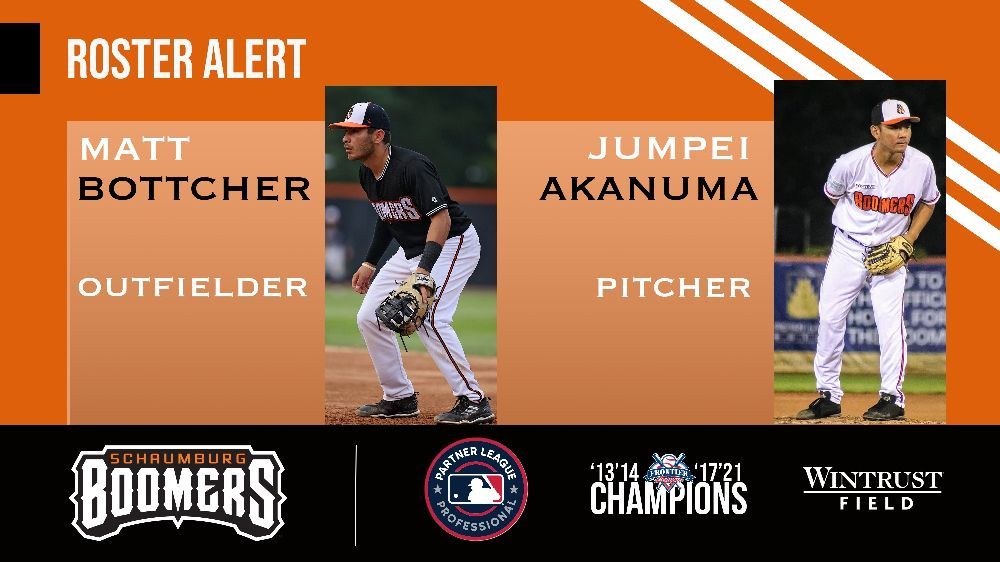 Bottcher will be back for his second season with the Boomers. In the 2021 season, Bottcher batted .268 with a .378 on-base percentage in 68 games while mainly playing left field but did fill in at first base. In the deciding game 5 of the championship series, Bottcher started the scoring off with a big homerun over the right field wall. The native of Romeoville, IL, played his entire college career at the University of Illinois Chicago. He had a batting average of .289 with an on-base percentage of .378 and 73 RbI for his college career.

“Bottcher is one of the better rookie hitters I’ve seen in a while. His bat to ball skills are impressive. We look for him to improve on a really nice rookie season and can be an important part of this lineup,” said Manager Jamie Bennett.

The Boomers have also added RHP Jumpei Akanuma to the roster for 2022. Akanuma, a native of Kyoto, Japan, will be set for his second season with the Boomers. Akanuma was a part of the Boomers roster in 2019 after being traded from the Gary Southshore Railcats. In 2019, Akanuma had a 3.25 ERA with 19 strikeouts in 10 games for the Boomers. Akanuma is set to join other fellow starters Kyle Arjona and Ryan Middendorf on Bennett’s pitching staff.

“Having Jumpei back will be a big boost for this pitching staff. He can fill nearly any role and will provide versatility. He’s one of the guys that pounds the zone, works fast, and knows how to get out,” said Manager Jamie Bennett.